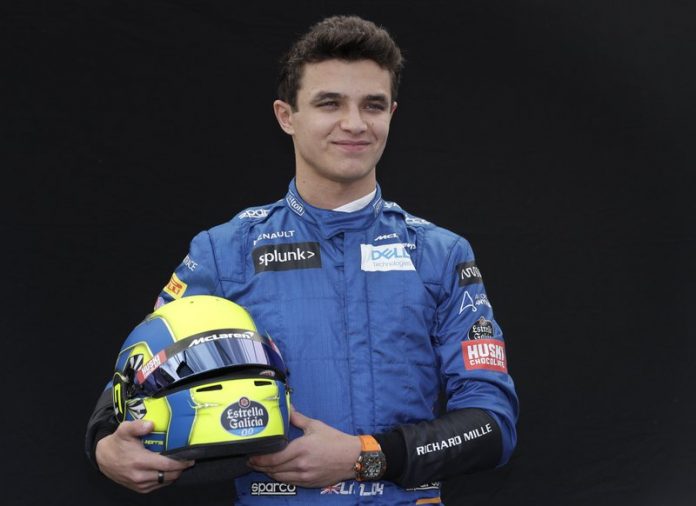 McLaren’s Lando Norris surprised everyone by taking a maiden pole position for the Russian Grand Prix, overcoming damp conditions at the Sochi Autodrom. Ferrari’s Carlos Sainz and the Williams of George Russell comprised a surprise top three on a rainy Saturday.

Fresh from the team’s first one-two in over a decade at the Italian Grand Prix two weeks back, Norris claimed pole position, stringing a fast lap to claim his first-ever career pole position.

With heavy rain on Saturday morning forcing the cancellation of Free Practice 3, qualifying marked the first track action of the day for the F1 drivers. But with the fastest laps on Q1 and Q2 having been set on intermediate tires, a drying Sochi track prompted a late move to slicks in Q3, the Formula 1 said in a report on the official website.

Ultimately it was Norris who strung a lap together to claim his first-ever pole position, and McLaren;s first pole since 2012, winding up 0.517s on second-placed finisher Sainz. Russell also starred for Williams to take the third position, his second top-three start in four races.

Mercedes’ Lewis Hamilton was on the provisional pole going into the final laps of Q3. But the seven-time champion then hit the pit wall as he came in to change for slicks, before failing to improve as he spun on his last lap, claiming fourth position on the grid.

Monza winner Daniel Ricciardo was fifth for McLaren, ahead of the Alpine of Fernando Alonso, as the second Mercedes of Valtteri Bottas claimed P7 – an upset for Mercedes, who took a one-two in every session and segment-leading up to Q3 – with Lance Stroll P8 for Aston Martin, ahead o’ Red Bull’s Sergio Perez ‘nd Alpine’s Esteban Ocon.

Meanwhile, with a back-of-the-grid start for Sunday’s Russian Grand Prix, Max Verstappen opted not to set a lap in qualifying. He’ll be joined at the back of the pack on Sunday by Charles Leclerc and Nicholas Latifi, who will both be hit with penalties for changing power units.