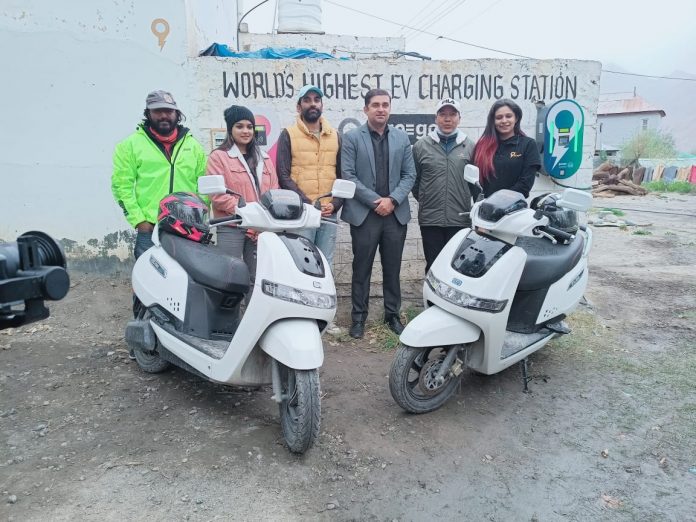 (IANS): Against the picturesque backdrop of the Himalayas in Himachal Pradesh’s Spiti Valley, India’s highest electric vehicle (EV) charging station was set up by a company on Thursday.

The Pune-based company, goEgoNetwork, has set up two EV chargers for two and four-wheelers in Kaza, some 350 km from here.

“This is the first station in the valley. If the station gets good response, more such stations would be set up. It will also help check vehicular pollution,” he said.

Two electric scooters have been provided by the company to the local administration to promote e-vehicles in the valley.

Singh also said that two riders rode on e-scooters from Manali to Kaza.

“They covered the distance of 320 km from Manali to Kaza by charging the vehicle at three-four points,” he said.

As per the riders, the e-scooters didn’t face any problem while crossing the Kunzum Pass (4,551m).

The EV charging station lies at an altitude of 3,720m, the highest in the country, as Kaza is located at an altitude higher than Leh, where temperatures plummet below minus 20-degree Celsius in winter.

Not accessible by road throughout the year, the picturesque Spiti Valley remains cut off from the world for more than four months a year due to heavy snowfall.

It reopens once the snow starts thawing after mid-April.