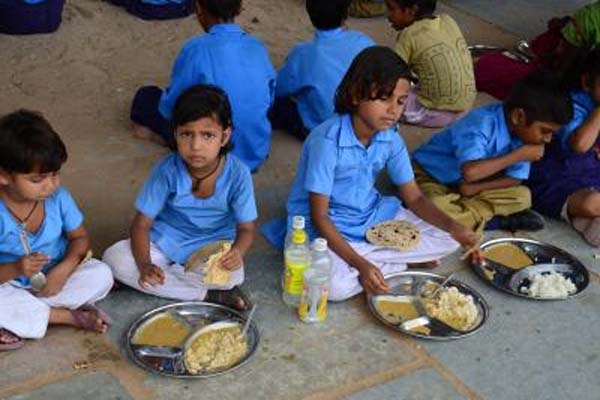 The Union Cabinet chaired by Prime Minister Narendra Modi on Wednesday approved the launching of a new meal scheme — ‘Pradhan Mantri Poshan Shakti Nirman’ scheme — for government and government-aided schools for the next five years.

Addressing the media, Union Information and Broadcasting Minister Anurag Thakur said the new scheme has a financial outlay of Rs 1.31 lakh crore in the next five years and the existing ‘Mid Day Meal’ scheme will be included in this scheme.

The meal facility will be extended to government-aided schools and the pre-nursery schools will also be included in the PM-Poshan scheme for classes 1 to 8, Thakur added.

“This will benefit crores of students from poor families studying in 11.2 lakh schools across the country. This will improve the attendance in government schools and will also reduce the gap in education inequality in the society along with nutritious food to children,” the Union Minister added.

The concept of ‘Tithi Bhojan’ will be encouraged extensively. ‘Tithi Bhojan’ is a community participation programme in which people provide food to children on special occasions/festivals.

The social audit of the scheme has been made mandatory in all districts while special provision has been made for providing supplementary nutrition items to children in aspirational districts and districts with high prevalence of anaemia.

The national scheme for PM-POSHAN in schools for the five-year period from 2021-22 to 2025-26 is with a financial outlay of Rs 54061.73 crore from the Central government and Rs 31,733.17 crore from state governments and Union Territory administrations.

Under the new scheme, the involvement of farmers’ producer organisations (FPOs) and women self-help groups in its implementation will be encouraged. Use of locally grown traditional food items for boosting the local economic growth will be encouraged as well.