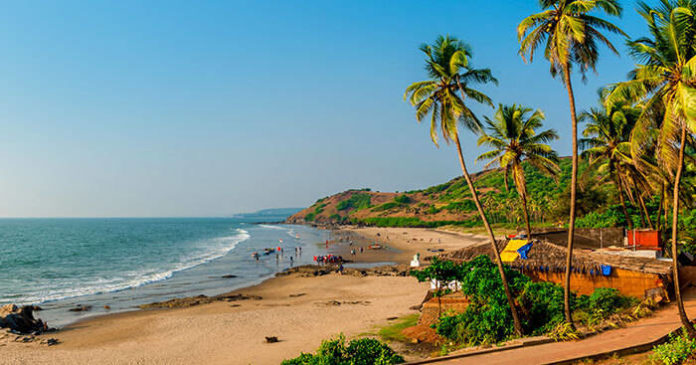 Water, sediments and biota (animal and plant life) in the Sal river, a major water body in South Goa, are contaminated with microplastics (MPs), the most common being black MPs which are caused by abrasion of motor vehicle tyres on road surfaces, a study has revealed.

The first such study conducted in the Sal river by scientists and researches attached to the National Institute of Oceanography and Academy of Scientific and Innovative Research, both in Goa, and the School of Civil Engineering, Vellore Institute of Technology (VIT), has also revealed the presence of three major polymers namely polyacrylamide, a water-soluble synthetic linked to the mining industry, ethylene vinyl alcohol used in packaging and polyacetylene, an electrical conductivity agent.

Among the biota, the study covered examination of samples of shell fish, finfish, clams and oysters.

Fringed by fast-paced real estate development, the Sal river whose course runs through the coastal areas of the district before meeting the Arabian sea by the picturesque Betul beach, is also a major source of livelihood for the local fisherfolk community.

“Interestingly, MPs found in all the three matrices, water, sediment and biota from the Sal estuary were dominated by fibres (55.3 per cent, 76.6 per cent and 72.9 per cent, respectively), followed by fragments, films and other plastics. The prominent ubiquity of fibres in all three matrices suggests a variety of sources of MPs, most likely including domestic sewage, effluents from industries and laundry,” the study states.

“Fragments were the second most abundant micro-debris in water (27 per cent) and biota (16.6 per cent). They mostly originate from the degradation/weathering of larger plastic pieces such as packaging materials, plastic bottles and other macro-plastic litter, which are often directly discarded into the estuarine environment,” the study adds.

The research also found transparent spherical beads in the waters of the river along with sediments containing polypropylene, polyamide, polyacrylamide polymers.

“These could originate from personal care products, textiles and wastewater treatment plants. Notably, no such beads were found in the shellfish and finfish samples,” it says.

The most commonly found MPs were plastics which were black in colour (43.9 per cent), which the study claims “might have come into the environment due to abrasion of tyres on the road surfaces as regular wear and tear”.

The study, according to the researchers, was carried out to understand the abundance of MPs in the estuarine environment and how the particles find their way into seafood “through which humans may also be exposed”.

According to the research an average Indian consumes 10 kg of seafood per annum.

“The average number of MPs in shellfish found in the present study is 2.6 MPs/g. Accordingly, the estimated annual intake of MPs from shellfish alone per capita for Goa would be 8084.1 particles per year per person. Shellfish therefore poses a possible threat in terms of consumption, as it is a local delicacy and also consumed by the many tourists in the area,” the study says.

One of the top tourist states in the country, Goa is well known for its beaches and nightlife, as well as the variety of seafood on offer in the state’s coastal restaurants.

The research comes a month after the NIO, one of the top marine research institutes in the country, indicated the presence of microplastics in government tap water supplied in Goa following research conducted along with a Delhi-based environmental consultancy firm.