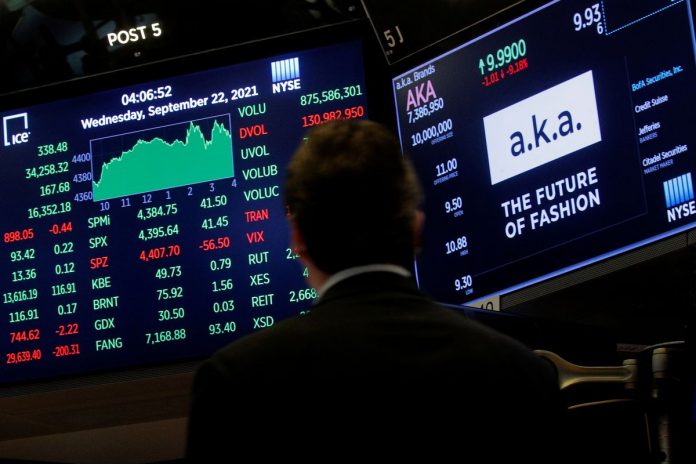 U.S. stocks are on track to post their third consecutive year of double-digit gains this year but markets have stalled this week as a growing chorus of hawkish central banks and simmering problems at embattled property developer China Evergrande Group has hurt sentiment.

With outflows of $24.2 billion, global stock funds lost the most since March 2020 as investors moved in favour of cash where they ploughed in $39.6 billion of funds, BofA said, citing EPFR data. Bond funds saw inflows of $10 billion.

“Pessimism over passage of the $1 billion bipartisan infrastructure bill and $3.5 trillion build back better Reconciliation caused the second biggest outflow ever from infrastructure funds and largest from consumer funds on a year-to-date basis,” analysts led by Michael Hartnett, chief investment strategist at the bank, wrote in a note.

Concerns have grown recently that a gradual withdrawal of pandemic-era stimulus policies by central banks will hit markets. BoFA strategists noted that global central banks will add only $100 million to market liquidity by the second half of 2022, sharply down from $3.1 trillion this year.

More worryingly, signs of fatigue are emerging in the equity markets. While fund inflows and equity prices move nearly in lock step with each other, 2021 has seen fund inflows rise by more than 90% while equity prices are only up by 12%, BofA said.