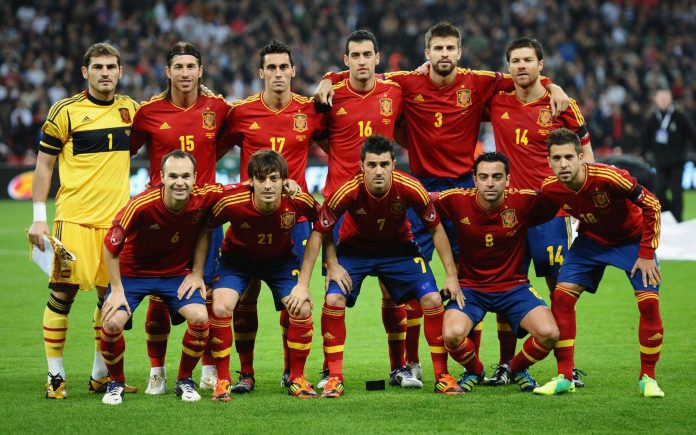 The fifth round of matches in La Liga sees the top two sides go head-to-head, while Atletico Madrid and Athletic Club Bilbao face off and Barcelona need to convince to ease the pressure on Ronald Koeman. Here are some things to look out for this weekend in Spain.

Pepe Bordalas has brought about an impressive turnaround in fortunes at Valencia in a very short period of time, taking a side that flirted with relegation last season to second place on the table with three wins and a draw. The former Getafe coach has given his side a competitive edge and a bit of a mean streak – and they will need all of that, as well as another good performance from Carlos Soler if they are to beat Real Madrid on Sunday.

Real Madrid are unbeaten this season under Carlo Ancelotti, with Vinicius Jr finally starting to fulfil his promise, while Fede Valverde provides energy in the middle of the pitch, reports Xinhua.

This is the first big test for both teams this season, and the result will tell us a lot about their respective prospects for the campaign.

2. Expect things to be close in the Metropolitano

Reigning champions Atletico Madrid have started the season with three wins and a draw, although they struggled to defeat Elche and needed a 99th-minute winner to beat Espanyol and were unable to break down a well-organised Porto on Wednesday.

Athletic Club Bilbao are likely to prove tough rivals on later on Saturday with the Basque side improving under Marcelino Garcia Toral. Athletic have conceded just one goal in their first four matches.

Although Atletico coach Diego Simeone will be able to bring players such as Angel Correa and Antoine Griezmann into his starting 11 after midweek, this looks like it will be a close, low-scoring game.

FC Barcelona’s 3-0 home defeat to Bayern Munich on Tuesday showed just how far the club has declined in the past two years due to its financial mismanagement.

Coach Ronald Koeman was the target for the post-game criticism, with talk of him facing the sack if his side fails to beat Granada on Monday night.

However, while Koeman may not be the best coach in the world, it is hard to understand how anyone can expect a team that has lost Leo Messi, Antoine Griezmann and others, and Ansu Fati, Ousmane Dembele, Kun Aguero and Sergino Dest out injured, to actually be better than last season.

With Jordi Alba and Pedri also sidelined for Monday, Koeman will have to fill his squad with B-teamers, which further highlights the problems he faces.

Real Sociedad’s game against Sevilla on Sunday promises to be an entertaining affair between two teams with top-four ambitions.

Real Sociedad are likely to be without playmaker David Silva for the match after he limped off ahead of Thursday’s 2-2 Europa League draw away to PSV Eindhoven, while Sevilla are at full strength.

Julen Lopetegui is likely to take a cautious approach to the game, with his players looking to hit Real Sociedad on the break in what promises to be one of the matches of the weekend.