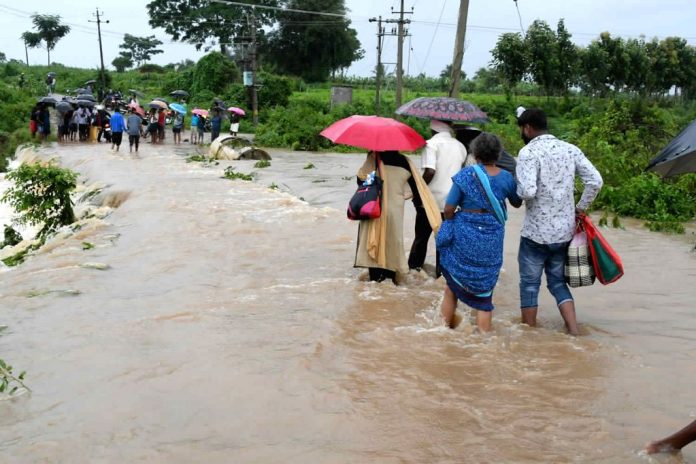 Uttar Pradesh’s Lucknow, Kanpur, Varanasi, Prayagraj, and Moradabad cities together contain more than 2,000 ha of planned open spaces, which provide an opportunity to harvest over 2,600 million litres of storm water annually, according to a report from Centre for Science and Environment (CSE).

“This opportunity must not be missed any more. If not harnessed, it may lead to incidences of localised urban flooding. This potential can be realized by allocating only 1-3 per cent of the area of these parks to storm water harvesting structures based on Water-Sensitive Design and Planning (WSUDP) principles,” the report recommended, according to a CSE release on Wednesday.

The report ‘Roadmap for Implementation of Water-Sensitive Design and Planning in Uttar Pradesh: Storm Water Harvesting in Parks and Open Spaces’ was released at an online event titled ‘Water-sensitive Urban Design and Planning: Approach, Challenges and Potential’. The CSE prepared the report in partnership with the National Mission for Clean Ganga (NMCG) under the Jal Shakti Ministry.

NMCG Director General, Rajiv Ranjan Mishra, shared how Namami Gange mission has evolved from a river-cleaning project to a holistic river rejuvenation mission. “Water sensitive urban design and planning is one of the key focus areas of the Namami Gange mission. The NMCG, in association with other stakeholders, has released a ‘River sensitive master plan’ and ‘Guidelines to protect urban wetlands,” he said.

He also pointed out that it is time to remind urban city planners and managers that if the city has to survive and thrive, they need to focus on urban water bodies.

“Urbanisation is not watertight – rather, it is a diffused process and hence it is necessary to have a composite approach of centralised and decentralised strategies and a mix of options. The learning from Namami Gange initiatives is applicable in other river basins as well,” he said.

Senior Director, Urban Water programme, CSE, Suresh Kumar Rohilla spoke about the key issues and challenges in the Ganga basin. “The urban built-up area has increased by approximately 44 per cent between now and 2005-06. This has widened the water demand-supply gap, leading to overexploitation of river stretches and aquifers and deterioration and encroachment of urban lakes and ponds. In such a scenario, cities need a water-sensitive approach.”

The report provides a brief overview of the Ganga basin with respect to urban water management, focusing on the five cities which are located on the banks of the Ganga and its tributaries.

“The cities face complex issues related to urban flooding, over-exploited groundwater resources and encroachment of water bodies. They are also part of the national flagship programmes of AMRUT and Smart Cities, which provide an opportunity to mainstream WSUDP in these cities,” it said.

The report advocates the application of storm water harvesting in parks and open spaces to tackle urban flooding issues and augment the groundwater resources of these cities. An estimated 2,624 million litres of storm water can be harvested from parks and open spaces in these five cities, which is a missed opportunity and ends up as a liability for the city causing urban flooding, it said.