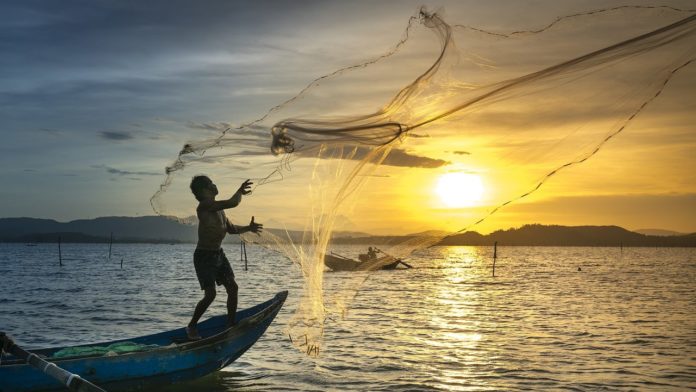 (IANS): To ensure more profit with less capital, the Yogi Adityanath government in Uttar Pradesh is now planning to promote fish farming in the state.

Looking at the ‘immense’ potential of employment generation and income growth from fisheries, the state government is going to provide jobs in fish farming to the farmers.

According to a government spokesman, along with imparting training in fisheries, efforts are being made by the government to expand the business on a larger scale so that farmers can increase their income by farming as well as fisheries.

The state government has increased the duration of fishery reservoirs from 3 years to 10 years as compared to previous governments.

“This is the reason that the state has produced 26.44 lakh metric tonne of fish during the last four years,” asserted the spokesman.

As many as 1191.27 crore fishery seeds were produced in four years and 7883 fish farmers were distributed Kisan Credit Cards, he added.

The state government also provided the benefit of free fishermen accident insurance scheme to the farmers by implementing the ‘Pradhan Mantri Matsya Sampada Yojana’ under the Atmanirbhar Bharat campaign, noted the government spokesman.

Uttar Pradesh has received the first prize of the best state in inland fisheries in the country.