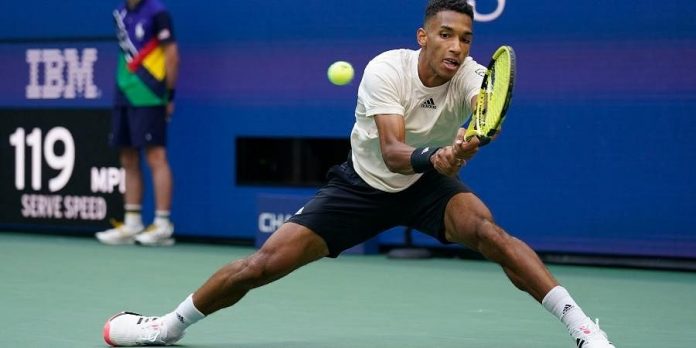 Canadian Felix Auger-Aliassime said on Saturday that he is feeling positive about where his game is despite the 21-year-old losing to world No. 2 Daniil Medvedev in the US Open semifinal.

Auger-Aliassime, ranked 15th in the world, fell in straight sets to the Russian, but is pleased with his performance in recent weeks. He reached his second ATP Masters 1000 quarterfinal in Cincinnati, and made the last four at a major for the first time in New York, giving him a platform to build on.

“I’m happy with the level I’ve been playing at times, with the results I’ve had,” Auger-Aliassime said in his post-match press conference. “It’s a positive week. As much as I would have wanted to win today, I didn’t. Now I need to accept the reality, which is I lost. I can do better, and for sure I will. In the end, things are moving in the right direction,” he told atptour.com.

“The whole season I feel like I was playing well. [I was] not always getting quite the results I wanted to, but kept believing that I was playing good tennis, kept pushing. Now I feel like I’m in the position that I wanted to be at the start of the year. I need to keep pushing in the right direction, so I go a little bit higher.”

Auger-Aliassime was the first Canadian male to reach the last four at the US Open in the tournament’s history (since 1881) and was the youngest men’s singles semifinalist in New York since 20-year-old Juan Martin del Potro won the title in 2009.

On his performance against Medvedev, while he was disappointed he was unable to convert two set points during the second set, he admitted that the Russian was just too good at times and it was a beneficial experience to learn from.

“I think Daniil was the better player today on the court for sure,” Auger-Aliassime added. “I had to play my best level and even better if I wanted to get a chance to win today. I didn’t do it long enough. He didn’t give me many openings. I felt like up 5-2, I was playing as good as I could play, coming in when I needed to, mixing up with serve and volleys. It’s just unfortunate I couldn’t close out the second set.

“Against a player like that, you don’t really have room for mistakes, room for losing your focus, which I did at the end of the second [set]. He took advantage of it, and I didn’t get another chance after that. I thought he served amazing. Until the end of the second, I think I played okay. But he was just playing a bit too well.