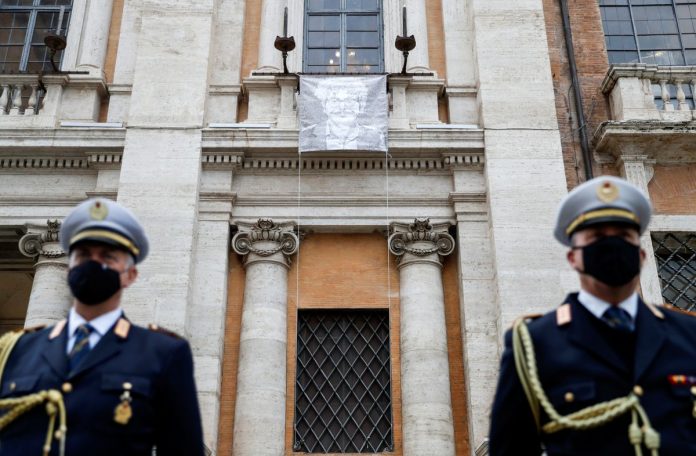 Egyptian researcher Patrick Zaki, held for 19 months since being arrested on a trip home from Italy, faced trial on Tuesday on charges of spreading false news over an article he wrote about the plight of Egypt’s Christians.

Zaki, 30, a graduate student at the University of Bologna, was jailed in February 2020 while on a visit to Egypt to see his family. He appeared at the start of Tuesday’s hearing in a courtroom cage, where his handcuffs were removed.

The case has resonated in Italy, which was shocked by the 2016 killing in Egypt of Italian student Giulio Regeni.

Zaki was ordered earlier this month to stand a fast-track trial at a state security court in his hometown of Mansoura, about 70 miles (113km) north of Cairo. He pleaded not guilty at a brief hearing on Sept. 14.

He could face a combined sentence of up to eight years for spreading false news inside and outside Egypt, said Hossam Baghat, head of the Egyptian Initiative for Personal Rights (EIPR), a leading independent rights group where Zaki also worked as a researcher.

His indictment is based on an article from 2019 for the website Daraj, in which he chronicled a week tracking the impact of events in Egypt on its Coptic Christian minority.

EIPR says Zaki was beaten, subjected to electric shocks and threatened following his arrest. Egyptian authorities have not commented on the claims, but they routinely deny allegations of ill treatment by the security forces and in places of detention.

Since 2013, when then-army chief Abdel Fattah al-Sisi ousted President Mohamed Mursi of the Muslim Brotherhood, there has been a far-reaching crackdown on political dissent in Egypt. Rights groups say tens of thousands of people have been jailed.

Sisi, president since 2014, says security and stability are paramount and denies there are political prisoners in Egypt.

Earlier this month, the government released a long-term human rights strategy which it said provided a roadmap for supporting a wide range of rights.