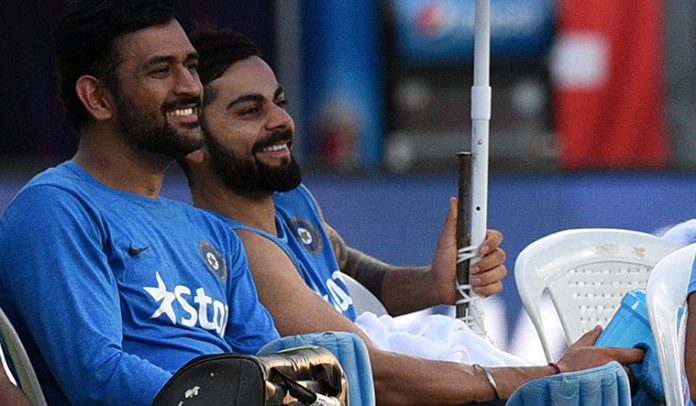 Former India skipper M.S. Dhoni, who led India to three International Cricket Council (ICC) titles, will join the national team as mentor for the T20 World Cup to be held in United Arab Emirates (UAE) and Oman in October-November.

He will work closely with India team head coach Ravi Shastri during the competition, said Indian cricket board secretary Jay Shah during the announcement of the India squad in a press conference.

Off-spinner R Ashwin makes a return to India team in white-ball cricket after four years. The main squad comprises 15 members while there are three standbyes.

“Mr Mahendra Singh Dhoni will be joining Team India as mentor for the upcoming T20 World Cup. I am glad that MS has accepted BCCI’s offer and he is keen to contribute to the national team once again. MS will work closely with Mr Ravi Shastri as well as other support staff to provide support and direction to Team India,” said Jay Shah, secretary of the Board of Control for Cricket in India (BCCI) to the media in a virtual interaction.

Dhoni had led India to the 2007 World T20 title win, which was also the inaugural world championship in the format. He then led India to victory in the 2011 50-over World Cup and the 2013 Champions Trophy.

“I spoke to him (Dhoni) when I was in Dubai. He was okay with the decision and he agreed to be a mentor of Team India for T20 World Cup only and I discussed this issue with my colleagues also. They all are on the same page,” added Shah.

“I spoke to captain (Virat Kohli) and vice-captain (Rohit Sharma) as well as Ravi Shastri also. They are all on the same page. That is why we reached the same conclusion,” said Shah further.

The squad includes only three pace bowlers and as many as five spinners, including the seasoned Ashwin.

Chief selector Chetan Sharma said that Ashwin has been picked on the basis of his performance in the Indian Premier League (IPL).

“See, R Ashwin is playing IPL regularly. He has been performing well. We will need an off-spinner in the T20 World Cup. As everyone is aware that when the IPL’s second half takes place in UAE [prior to the World Cup], the wickets might be low and slow and will help spinners. So an off-spinner is required in the team. Washington Sundar is in the list of the injured players,” said Sharma to the media in a virtual interaction.

Leg-spinner Yuzvendra Chahal has lost his place and in the team. Rahul Chahar and Varun Chakravarthy are the wrist spinners in the squad.

“We discussed Chahal. The selectors wanted someone who was quicker through the air. We was Rahul Chahar recently, the speed at which he is delivering was impressive,” added Sharma.

The chief selector, a former India cricketer, also said that Virat Kohli is unlikely to play as opener. The selectors have earmarked Rohit Sharma, K.L. Rahul and Ishan Kishan.

“We have three openers. We have Rohit Sharma, K.L. Rahul and then we have got Ishan Kishan, who can bat as an opener and he can fit into middle-order any time. Kishan is giving us option for opening and middle-order. If the need of the hour is that Kohli should open, then they can go with it. As of now, though, there are three openers,” said Sharma further.

“If Virat plays in the middle, the others play around him. If we see in T20 cricket, Virat has a brilliant record in the middle-order.”

The World Cup will be held from October 17 to November 14. India will open their campaign against Pakistan from October 24.