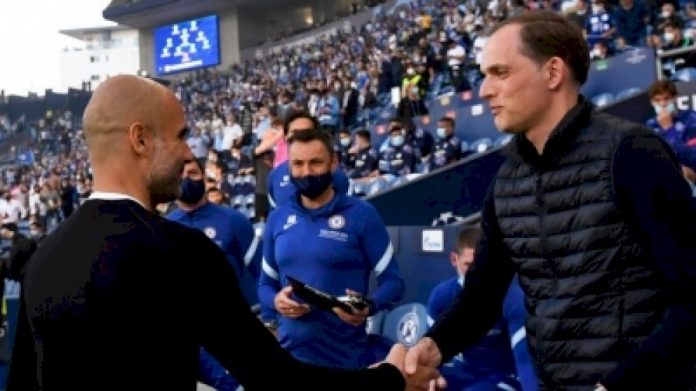 (IANS): There are two standout games in the Premier League this weekend as Chelsea entertain Manchester City in a repeat of last season’s Champions League final, while Arsenal face Tottenham on Sunday in a North London derby between two teams in need.

Chelsea go into Saturday lunchtime’s clash with Manchester City on the back of a convincing 3-0 win away to Tottenham last weekend and knowing they have beaten their rivals in the semi-final of last season’s FA Cup and also in the Champions League.

That game saw City coach Pep Guardiola tinker with his starting 11 and Guardiola is under some pressure after last weekend’s stuttering goalless draw at home to Southampton.

Although City improved with a much-changed side beating Wycombe Wanderers 6-1 in the Carabao Cup in midweek, many would see a win for Chelsea as signaling a sea change in the balance of power in the Premier League.

Nobody is going to pretend that Sunday’s north-London derby is going to decide this season’s title: indeed both sides may struggle to qualify for Europe, but it is still a vital game for Arsenal and Tottenham, reports Xinhua.

Arsenal go into the game after ending a three-match losing start to the season with narrow wins against Norwich City and Burnley, but although struggling past the bottom two sides in the table may have halted the club, it is not a convincing sign of recovery that beating Spurs would be.

Tottenham’s season is a mirror image of their rivals, with Nuno Espiritu Santo’s men losing 3-0 to Crystal Palace and Chelsea after winning their first three games 1-0.

Nuno needs to see his side recover their defensive strength and also for Harry Kane to start showing signs of form after failing to score in four league games so far and cutting a lackluster figure against Chelsea.

Kane did hit the target in Wednesday’s Carabao cup win over Wolves, but Spurs will need to defend better on Sunday.

Aston Villa have a long list of injuries for their visit to play Manchester United, who are still without Marcos Rashford and Edinson Cavani, but who have Cristiano Ronaldo in excellent form.

Everton will expect to bounce back from their 3-0 at Villa Park last weekend when they entertain Norwich City, who have lost their first five games of the season, as well as being knocked out of the Carabao Cup 3-0 by Liverpool on Wednesday.

Leeds United are another side still looking for their first win of the campaign when they entertain West Ham United in a game that pits England midfielders Kalvin Phillips and Declan Rice against each other.

Winless Burnley (one of five sides without a league victory so far this season) face an awkward visit to Leicester City, even though the home side have suffered for consistency without long-term injury victim Wesley Fofana.

There is a fascinating game in Brentford where the newly promoted hosts entertain second-placed Liverpool in what will be a battle of strike forces. Sadio Mane and Mohamed Salah have kicked off in fine form for Liverpool, but the home side’s duo of Ivan Toney and Bryan Mbuemo have looked perfectly at home in the top flight, with Toney even being mentioned for a possible England call-up.

Saturday’s final game sees under-pressure Steve Bruce take his winless Newcastle United to play Watford who have had a solid return to life in the top-flight.

Sunday sees Southampton aim to build on last week’s draw away to Manchester City with a game at home to Wolves, who sit one place below them in the table as they look to adapt to Bruno Lage’s attacking style of play.