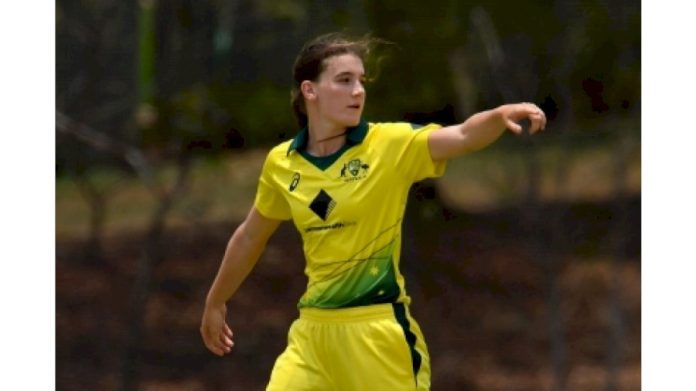 (IANS): Australia’s fast-bowling all-rounder Annabel Sutherland believes that bowling to Indian opener Shafali Verma will be a really good challenge. She also said that she will be ready to bowl with the new ball if asked to do so. Annabel had bowled with the new ball in three ODIs against New Zealand in Brisbane last year.

“There’s a number of fast bowlers in the squad with Darcie (Brown), Stella (Campbell) and Tayla (Vlaeminck), plus the allrounders — it’s a pretty good fast bowling attack. Anyone who gets the new ball will no doubt take it with both hands… I’ll certainly be putting my hand up for that as much as I can,” said Annabel in an interview to cricket.com.au.

“But no matter who takes the new ball, it will be a pretty good line-up. I think (bowling to) Shafali in particular, how hard she comes at the ball is in the powerplay, it’ll be a really good challenge and one all the girls are really looking forward to.”

Annabel is back in the Australian team after being ruled out of the series against New Zealand at the last minute due to a stress reaction in the femur of right leg. She revealed that the call to not take part in the away tour to New Zealand was due to the risk of early signs developing into a serious injury.

“I guess it was not necessarily an injury, but just something that was flagged and the medical team decided to take a bit of a conservative approach with it, considering the nature of the New Zealand tour with the quarantine. Pretty much since that tour, I’ve been ready to go and I was able to get in a full pre-season which has been awesome.”

“It was my second full preseason, so I was trying to get fitter and stronger, and work on a few different things around my bowling and my stability at the crease to hopefully add a few kms to my bowling. Overall I was just looking to get stronger, and I’ll continue to do that.”

The 19-year-old knows that it will be tough to get her hands on the Baggy Green considering a lot of pacers are included in the squad. But she hasn’t given up on hopes for a potential Test debut.

“That’d be incredibly special. It’s a childhood dream for many and it was no different for me growing up. The Baggy Green means a lot to the girls who already have one, and the ones who don’t, we’ll be doing absolutely everything to put ours hand up for selection and get into that XI.”

Annabel is currently serving hard quarantine along with her team-mates from Victoria and New South Wales till September 13. Post that, she and her teammates will be free to link up with rest of six non-quarantine members of the Australian squad.

The multi-format series between Australia and India begins with the first ODI in Mackay on September 21.