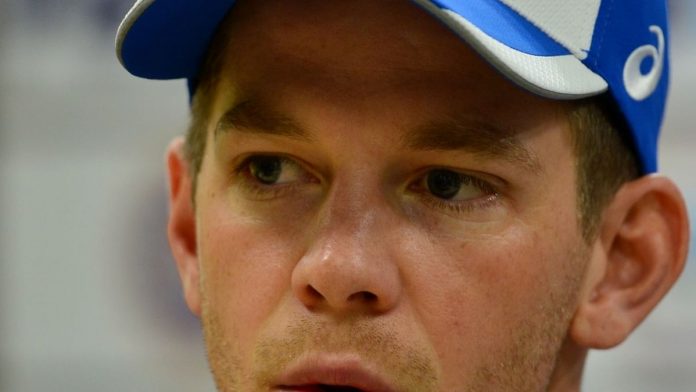 Australia Test captain Tim Paine will undergo surgery on a pinched nerve in his neck which has been causing problems for a considerable time. The surgery will take place in his hometown Hobart, said a statement by Cricket Australia (CA).

“Paine had been suffering pain in his neck and left arm due to a bulging disc which reduced his ability to train at full intensity and has not responded to treatment. He consulted a spinal surgeon in Hobart late last week. The surgeon recommended the surgery to relieve the pressure on the nerve and allow Paine time to return to training later this month,” further said the statement.

Paine was slated to be a part of Tasmania team beginning their Sheffield Shield campaign on September 28 against Queensland in Townsville. But now with the operation, the wicketkeeper-batsman is all set to miss the match.

“The consensus of the spinal surgeon and the CA medical team was to have the surgery now which will allow plenty of time to fully prepare for the summer. I expect to be able to restart physical activity by the end of this month and be back in full training in October. I will be ready to go by the first Test and am very much looking forward to what will be a huge summer,” said Paine.

Australia will be hoping that Paine gets to play in at least one Sheffield Shield match before joining the Test squad. The fixtures beyond opening match of the Shield have been uncertain due to the COVID-19 wave and restrictions in the country. With the Ashes scheduled to start from December 8 in Brisbane, the 36-year-old has plenty of time in hand to be fully fit.

It also means that Paine may lose a chance to captain a Test match at his home ground against Afghanistan in November. Australia, though, are currently debating cancelling the Test if Taliban doesn’t allow women to play sports.

Australia haven’t featured in a Test match since losing 2-1 to India in January. The three-match Test series against South Africa in March was postponed due to second wave of COVID-19 virus in the country.