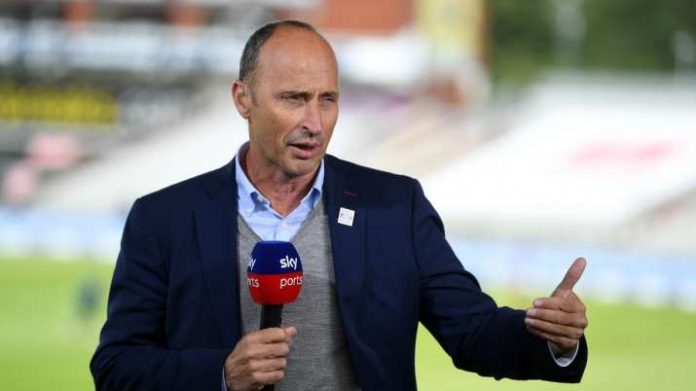 Former England captain Nasser Hussain believes that all-rounder Moeen Alis decision to retire from Test cricket leaves a hole in England team. He added that he was not surprised at the timing of the announcement and was reminded of sacrifices modern cricketers make for playing cricket in all three formats.

On Tuesday, Ali announced his retirement from Test cricket, ending a career of 64 Tests starting from his debut against Sri Lanka at Lord’s in 2014. Ali scored 2914 runs at an average of 28.29, including five centuries and 14 half-centuries. He also scalped 195 wickets at an average of 36.66 with his off-spin.

“I am not surprised at the timing of this announcement. Moeen is 34 and we can’t forget the sacrifices modern cricketers have to make to play all three formats. England players have to put their families first this winter, not just Mo, because they have had enough of bubble life over the last 18 months or so,” wrote Hussain in his column for Daily Mail on Tuesday.

“Moeen has clearly looked at his situation and what happened to him in Australia last time and decided this is his time to concentrate on white-ball cricket. No one should begrudge him that. But it does leave a hole in the England Test team. Moeen balances the side in the absence of Ben Stokes and, if both are missing this winter, that old problem of trying to get five bowlers in the side without having a long tail re-emerges,” added Hussain.

Hussain opined that lack of trust in other spin options after Ali’s retirement could mean that England will go in the Ashes without a specialist spinner. “England do not appear to be massive fans of Jack Leach, so this increases the chances of what has been whispered during the summer, that England will go into the Ashes without a specialist spinner. And that is a dangerous road to travel in Australia.”

The 53-year-old Hussain concluded by saying that people will be fully appreciative of Ali once he is gone from the format.

“We will probably only fully appreciate Moeen when he has gone. We will never be sure quite how good he was because with his raw talent he could have done even better, certainly with the bat. Above all Moeen is a top, top bloke, a pleasure to deal with as a broadcaster and he can be bloody proud of all he has achieved in Test cricket and for the game.”