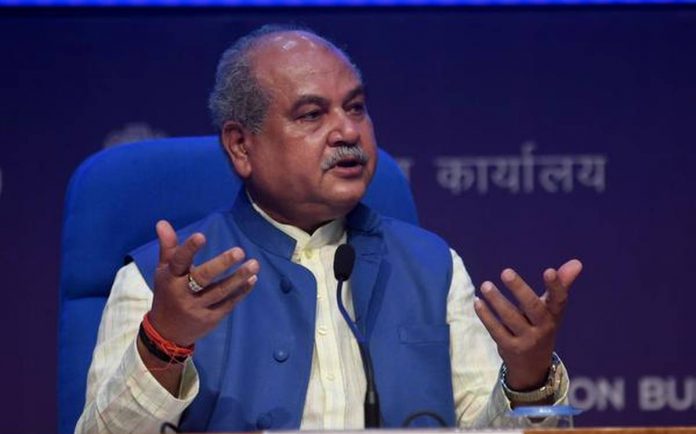 Underlining the problems that India’s growing population could face with respect to food security and climate change, Union Agriculture and Farmers’ Welfare Minister Narendra Singh Tomar said on Saturday that by 2030-31, India’s population is likely to exceed 150 crore, for which the demand for foodgrains is estimated to be around 350 million tonnes and it could only be addressed via agricultural research as it contributes significantly to the three aspects of food security — availability, access and affordability.

Along with foodgrains, the demand for edible oil, milk and milk products, meat, egg, fish, vegetables, fruits and sugar will increase significantly. In comparison, natural resources are limited and there is also the challenge of climate change.

The strategy to meet the increased demand revolves around increasing productivity and raising the income of farmers, Tomar said during the G-20 Agriculture Ministerial meeting organised by Italy, which is presently holding the presidency of the summit on ‘Research as a driving force behind sustainability’.

Tomar said that agricultural research in India has played a major role in transforming the country from being a food importer to exporter, adding that integrated research efforts can develop a package of techniques and methodologies for improving soil productivity, water management for storage, expansion and efficiency.

An official communique quoting Tomar read, “Technological progress is the key to solving the challenges facing mankind. Today, with an annual production of 308 million tonnes of foodgrains, India is not only in the realm of food security, but is also catering to needs of other countries.”

“India has experienced a revolution in the field of agricultural produce due to the efficient research of the scientists. The Oilseeds Technology Mission doubled the production of oilseeds in 10 years. India has made great progress in pulses production in recent times due to the introduction of new varieties in the seed system,” it added.