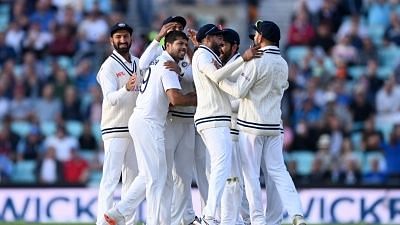 (IANS): Umesh Yadav on Friday became the sixth Indian pace bowler to get to 150 Test wickets.

Yadav picked the wicket of nightwatchman Craig Overton to get to 150 wickets. He also took the wicket of Dawid Malan later. He had removed Joe Root during the first day’s play on Thursday evening.

Yadav, who made his debut in 2011 but is playing only in his 49th Test, has played Test cricket intermittently. He last played for India in a Test match in December 2020 in the second Test against Australia in Melbourne. He had to limp off the field back then. India, however, managed to win that Test and script a remarkable turnaround.

The right-arm pace bowler has played 28 of his 49 Tests in India as the Indian team management has not considered him necessary in overseas conditions. As many as 96 of his wickets have come in India.

The pitch at The Oval is the most batting friendly where his skiddy deliveries could be more difficult to handle.