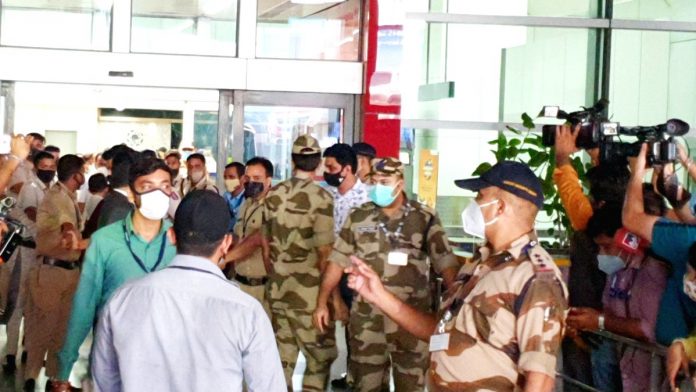 After completing 14 days of mandatory quarantine at the Indo-Tibetan Border Police (ITBP) Centre, Chhawla Camp, 35 more evacuees from Afghanistan were allowed to leave the facility on Thursday.

The group comprises 24 Indians and 11 citizens from Nepal and they were also given the wellness certificate from the ITBP team.

With this, a total of 113 persons who were at the ITBP facility for institutional quarantine have been relieved so far.

These 35 persons arrived at ITBP quarantine facility from the IGI Airport, New Delhi on August 26 after they were airlifted from Afghanistan

All of them tested negative for Covid-19 in the RT-PCR tests conducted by the ITBP facility during the quarantine period.

On Tuesday, 78 persons were released from this ITBP quarantine facility including 53 Afghan nationals.

ITBP spokesperson Vivek Pandey said that facilities such as food and lodging, entertainment, indoor games, wi-fi and canteen were provided to them free of cost.

Yoga and stress counselling sessions have also been organised at the centre, he added.

The ITBP quarantine facility at Chhawla Camp was set up in January 2020 when the Indians and foreign nationals were brought in from Wuhan, the epicentre of the coronavirus in China.

This was the first health facility set up by the ITBP with 1,000 beds in the country.

So far, this centre has quarantined more than 1,200 persons including 42 nationals from eight countries such as Bangladesh, China, Myanmar, Maldives, US, South Africa, Madagascar, and Afghanistan, who were evacuated from various parts of the world from January to May 2020.

This centre had over 10,000 beds and was operative during the first Covid-19 surge in Delhi.

It was re-opened during the second Covid 19 wave in February March this year initially with 500 beds and later 500 more beds were added.