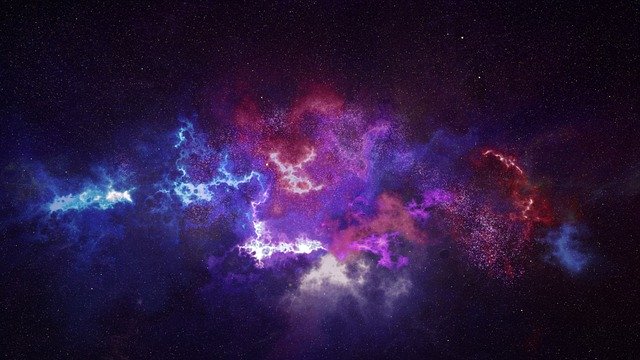 What is the history of Astronomy? How did it come into existence?

Astronomy is by far the most popular of all the natural sciences, having roots in antiquity, with its origins in the belief, mythological, astrological, and cartographical beliefs and practices of ancient pre-historical cultures. The term “astronomy” comes from two Latin words: Aulus and selius, referring respectively to the sky and the Earth.

Ancient people observed the stars and the Moon through naked-eye. Ancient Indians (Hindus) had mysterious devices that allowed them to measure the distance, both east and west, between the two celestial bodies. Indian Astronomy later developed as a discipline of Vedanga associated with the study of the Vedas, dating 1500 BCE or older.

Some cosmological concepts are present in the Vedas, as are notions of the movement of heavenly bodies and the course of the year. As in other traditions, there is a close association between astronomy and religion during the early history of science. The Shulba Sutras, texts dedicated to altar construction, discusses advanced mathematics and fundamental astronomy.

In his magnum opus Aryabhatiya, Aryabhata propounded a computational system based on a planetary model in which the Earth was taken to be spinning on its axis, and the periods of the planets were given with respect to the Sun. He accurately calculated many astronomical constants, such as the periods of the planets, times of the solar and lunar eclipses, and the instantaneous motion of the Moon.

Indian astronomers were the first to believe and prove that comets were celestial bodies that re-appeared periodically.

The Ancient Greeks advanced astronomy, which they treated to a highly sophisticated level as a branch of mathematics. The first geometrical, three-dimensional models to explain the apparent motion of the planets were developed in the 4th century BC by Eudoxus of Cnidus and Callippus of Cyzicus. Their models were based on nested homocentric spheres centered upon the Earth. Their younger contemporary Heraclides Ponticus proposed that the Earth rotates around its axis.

The precise orientation of the Egyptian pyramids affords a lasting demonstration of the high degree of technical skill in watching the heavens attained in the 3rd millennium BC. It has been shown the Pyramids were aligned towards the pole star, which, because of the precession of the equinoxes, was at that time Thuban, a faint star in the constellation of Draco.

The history of Astronomy can be divided into three significant eras in recorded human history. The first period was brought on by Hinduism, Egyptians, and the rise of Greco-Roman culture.

Greek and Roman’s key figures, including the sky-goddess Eos (also spelled Euse) of Cyprus and the Roman sky god Jupiter (or Juno in some sources), made the skies more closely related to the gods of Greek and Roman cultures. Thus, the skies were treated more like the domain of the deities rather than the messengers of the gods.

The next main era of astronomy was the period known as the Dark Ages when people found it difficult to understand the stars and the movement of the planets. Not only that, but it was also dangerous to look up at the stars and the universe (as the Christians would recognize it today). In the 8th century, it was uncertain whether the Earth was round or oblong. And, while Medieval scientists tried to solve these problems by making complicated formulas involving mathematical equations, they were killed for becoming anti-gods.

Fortunately, astronomy regained a measure of confidence after the Middle Ages, when the scientists finally understood the place of the Moon in their astronomical systems. It is said that Hinduism gave knowledge of astronomy to the Greeks, who forwarded it to the Egyptians and later Romans. The Romans delivered this knowledge safely to the Christians.

Islamic Invasion of the Indian subcontinent meant Islam got equipped with the knowledge of Astronomy via Hinduism. It seems like a circle linking everyone, right?

The third era of astronomy is the Copernican Revolution.

During the renaissance period, astronomy began to undergo a revolution in thought known as the Copernican Revolution, which gets the name from the astronomer Nicolaus Copernicus, who proposed a heliocentric system in which the planets revolved around the Sun and not the Earth.

The theory became the dominant view because many figures, most notably Galileo Galilei, Johannes Kepler, and Isaac Newton, championed and improved upon the work. Galileo Galilei was among the first to use a telescope to observe the sky after constructing a 20x refractor telescope. He discovered the four largest moons of Jupiter in 1610, which are now collectively known as the Galilean moons, in his honor. He also found that our Moon had craters and observed, and correctly explained, sunspots and that Venus exhibited a complete set of phases resembling lunar phases.

Sir Isaac Newton developed further ties between physics and astronomy through his law of universal gravitation. Realizing that the same force that attracts objects to the surface of the Earth held the Moon in orbit around the Earth, Newton was able to explain – in one theoretical framework – all known gravitational phenomena.

In the 19th century, Joseph von Fraunhofer discovered that when sunlight was dispersed, many spectral lines were observed (regions where there was less or no light). Experiments with hot gases showed that the same lines could be observed in the spectra of gases, with specific lines corresponding to unique elements. It was proved that the chemical elements found in the Sun (chiefly hydrogen and helium) were also found on Earth. During the 20th-century, spectroscopy (the study of these lines) developed, mainly because of the advent of quantum physics, which was necessary to understand the observations.

Most of our current knowledge was gained during the 20th century. With the help of the use of photography, fainter objects were observed. The Sun was found to be part of a galaxy made up of more than 1010 stars (10 billion stars). The existence of other galaxies, one of the matters of the great debate, was settled by Edwin Hubble, who identified the Andromeda nebula as a different galaxy, and many others at large distances and receding, moving away from our galaxy.