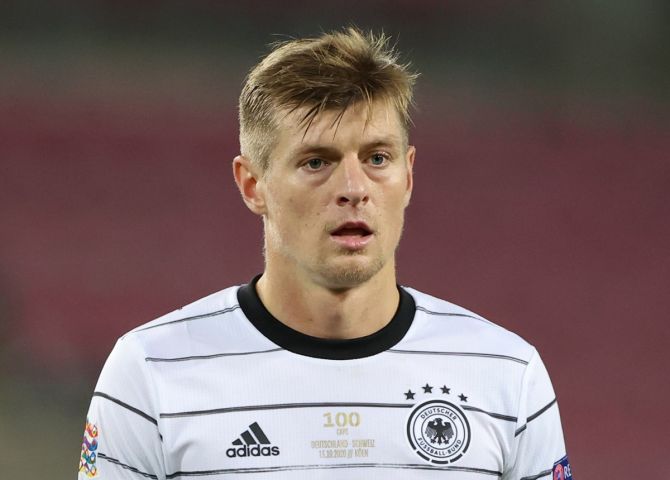 Real Madrid’s injury problems continue to mount ahead of the new season with the news that midfielder Toni Kroos will be out of action for several weeks with a groin injury.

Kroos revealed the news himself on social media explaining that, “after several months of problems on my pubic bone, I think it’s time to give it a rest and work on it to be well prepared for a long season. Back asap as always.”

Meanwhile, the Real Madrid website confirmed: “Following the tests carried out on our player, Toni Kroos, by the Real Madrid medical department, he has been diagnosed with a pubalgia. His recovery will be monitored.”

Although it appears that the initial treatment for the 31-year-old will be rest, this kind of problem often needs an operation to resolve, as in the case of Athletic Bilbao left-back Yuri Berchiche, and if Kroos does need surgery, he would be sidelined for around three months, reports Xinhua.

As things stand, he looks certain to miss at least the first three games of the season which kicks off in ten days’ time.

Kroos announced his retirement from international football after a disappointing European Championships this summer, and his loss would leave Real Madrid without a key member of their midfield.

There was good news for coach Carlo Ancelotti on Tuesday with David Alaba returning to training after recovering from COVID-19, while Eder Militao, Casemiro and Vinicius Jr are back after the Copa America.

Alvaro Odriozola is still out after testing positive for COVID-19, while defenders Ferland Mendy and Dani Carvajal are also injured and unlikely to be fit for the start of the new campaign.