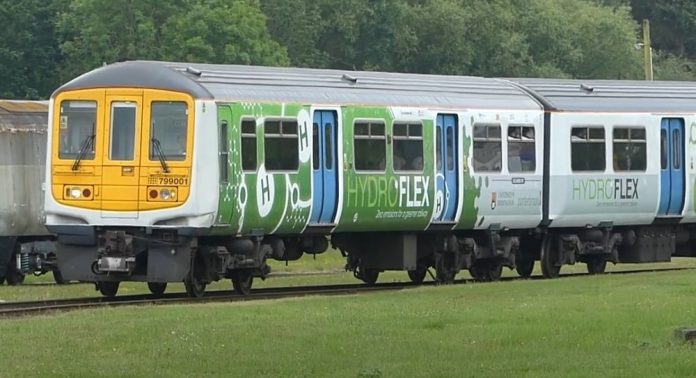 Taking a big leap towards going green, the Indian Railways has decided to introduce the country’s first hydrogen-fuelled train.

Initially, the hydrogen fuel based technology will be introduced on the 89 km long Sonipat-Jind route. The Railways has also floated tenders for retrofitting the existing DEMU rakes into green fuel based train.

A Railway Ministry spokesperson said that the transporter, as part of the National Hydrogen Energy Mission, has taken a leap forward in development of hydrogen fuel cell based power movement to kick off the concept of Hydrogen Mobility in the country. He said that this will be done by converting or retrofitment of existing DEMU rakes.

The official said that the loco pilot of the locomotive will not face any problem as there will be no change in the driving console.

He said railways had invited bids for hydrogen fuel cell based technology by retrofitting DEMU in the 89 km Sonipat-Jind Section of Northern Railway.

“After conversion, the train will run on hydrogen fuel, the greenest mode of transport as hydrogen can be generated by electrolysing the water from solar energy,” he said.

The official said that after successful implementation of this pilot project, all the rolling stock which will operate on diesel fuel after electrification can be planned to be run on hydrogen fuel.

Another railway ministry official said that as a pilot project, the hydrogen-powered passenger train would be operational in the Northern zone.

The official said that for the first time, two motor coaches with 1,400 horsepower (HP) each would haul the 10-coach hydrogen-powered passenger train.

He said that the train would be running through a push-pull method using two motor coaches being retrofitted with hydrogen kits. The railways floated a tender in the last week of July and the bidding would take place from September 21 to October 5 this year. There would be a pre-bid meeting with the interested bidders on August 17 to address queries on the project.

So far, Germany and Poland are using this method of power generation in railways.