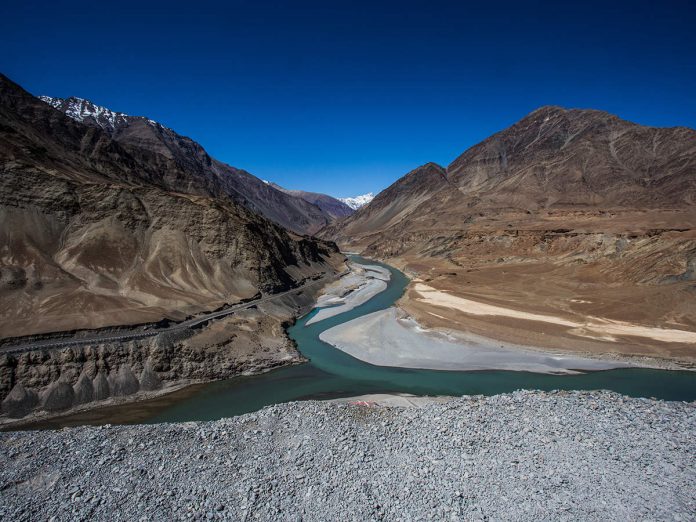 A Parliamentary Standing Committee has recommended that India should renegotiate the Indus Water Treaty (IWT) with Pakistan in view of the “present day pressing issues such as climate change, global warming and environmental impact assessment”.

Headed by MP Sanjay Jaiswal, the Parliamentary Standing Committee on Water Resources submitted the 12th report on ‘Flood management in the country including international water treaties in the field of water resources management with particular reference to treaty/agreement entered into with China, Pakistan and Bhutan’ in both the Lok Sabha and Rajya Sabha on Thursday.

The Committee observed that although the Indus Water Treaty has stood the test of time, it “was framed on the basis of knowledge and technology existing at the time of its agreement in 1960s” when the perspective of both the nations at that time was confined to river management and usage of water through construction of dams, barrages, canals and hydro-power generation.

In recent times, India has often threatened to stop water flowing into Pakistan, especially in the aftermath of terror attacks. But the IWT has stood the test of time and has continued to work despite the two neighbours engaging in three major wars and numerous skirmishes.

The treaty was signed between India and Pakistan for sharing of water of the Indus basin in 1960 after eight years of negotiations under the aegis of the World Bank.

However, India is permitted to use the water of the western rivers for domestic use, non-consumptive use, agricultural purposes and for the generation of hydro-electric power.

“Present day pressing issues such as climate change, global warming and environmental impact assessment etc. were not taken into account by the treaty. In view of this, there is a need to re-negotiate the treaty so as to establish some kind of institutional structure or legislative framework to address the impact of climate change on water availability in the Indus basin and other challenges, which are not covered under the treaty. Hence, the Committee urges the Government of India to take necessary diplomatic measures to renegotiate the Indus Water Treaty with Pakistan,” the Committee recommended in its report.

“Keeping in view the afore stated position, the Committee recommends that the Government of India should examine the feasibility of making maximum use of the provisions of the Indus Water Treaty, in terms of full utilisation of all accessible water of the eastern rivers and maximum utilisation of the irrigation and hydropower potential of the western rivers, including permissible water storage as per the provisions of the treaty,” the Committee said.

Welcoming the recommendation, Dean for Research at the University of Kashmir, Shakeel Romshoo, said: “As much as 65 per cent of the water in the Indus basin comes from snow and glaciers. Due to the impact of climate change, the glaciers are melting faster, and water availability is going down by the year.”

Romshoo, who had headed the Department of Earth Sciences at the University of Kashmir earlier, added that while renegotiating, apart from climate change and global warming, another aspect that the two countries would need to consider is groundwater.

“The IWT did not touch the issue of groundwater as at that time, not just groundwater, even surface water was amply available. This point needs to be incorporated into the treaty as and when it is renegotiated,” he said.

India is the middle riparian state for the transboundary Indus River system. The Indus drainage basin stretches over 1.1 million sq km area across Afghanistan (9 per cent), China (8 per cent), India (38 per cent) and Pakistan (46 per cent).

There is no exit clause in the IWT nor can either country break the treaty. But there are provisions for making mutually agreeable changes.

Why are divorce laws so unfair?