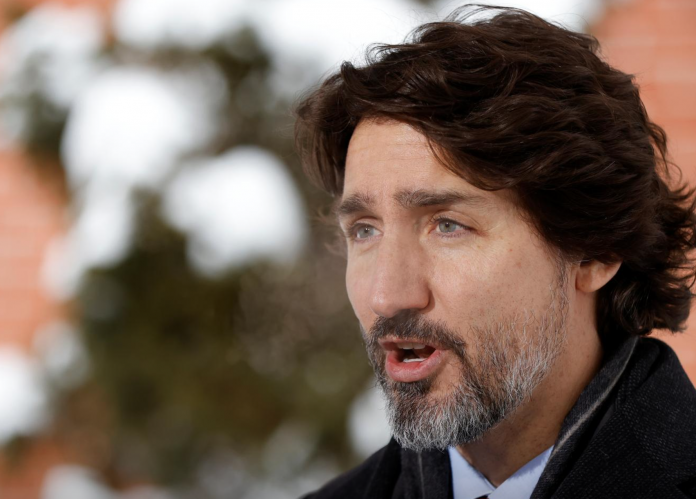 Mail-in voting in Canada is set to soar ahead of the Sept. 20 election amid fears of COVID-19, and the complex registration process could deter voters, possibly undermining Liberal Prime Minister Justin Trudeau’s bid for a majority government.

Pollsters say mainly Liberal and left-leaning voters would like to use mail-in balloting, while Conservatives prefer to vote in person. But Liberal strategists are concerned the sign-up process for casting ballots by mail could discourage their supporters from using it and lead them to not vote at all.

Trudeau, 49, launched the campaign on Sunday, hoping that high vaccination rates and a post-pandemic economic rebound would help him rebuff a challenge from the opposition Conservatives and regain the parliamentary majority he lost two years ago.

Part of the problem is there is no substantive history of voting by mail during Canadian federal elections, where electors overwhelmingly go in person to polling stations. Of the 18.4 million people who cast their ballots in the 2019 election, just under 50,000 chose mail, and most of them were abroad.

But concern over COVID-19 means anywhere from 4 million to 5 million people out of 27 million potential voters could choose the mail this time, says Elections Canada, the independent body running the vote.

Some 71% of the country’s eligible population is fully vaccinated, but cases are creeping higher – mostly among the unvaccinated – in a fourth wave being driven by the Delta variant.

People who want to vote by mail must ask Elections Canada for a special ballot and provide proof of identity, either by applying online and sending a digital scan of documents, or by mail by with photocopies of identification.

“It is true that voting by mail demands an effort on the part of the elector,” Deputy Chief Electoral Officer Michel Roussel said in a phone interview. “We will insist, the moment the election is called, that if you plan to vote by mail, start now, because it is complicated.”

To better inform voters how to vote by mail, Elections Canada plans an advertising blitz once the campaign starts, using the Web, radio and television as well as social media channels.

But two Liberal sources who said they could not speak on the record said they feared that elderly voters – who tend to vote more than other age cohorts – would be put off by the application process while the fear of COVID-19 might keep them from voting in person.

“Support for mail-in is higher among New Democrats and Liberals and least popular among Conservatives,” said EKOS Research pollster Frank Graves, who said some 20% of mostly left-leaning voters want to vote by mail.

“If mail-in is more difficult than people would like, it would be least damaging to the Conservatives, because it’s not something they’re planning on using much anyway.”

Liberal and Conservative party spokespeople did not comment officially on the possible effects of mail-in balloting.

Opinion polls show the Liberals still might not have enough votes to win an outright majority in parliament.

Nationally, Liberals would win 35% of the vote, compared with 30% for the main opposition Conservative Party and 19% for the left-leaning New Democrats, a Leger Marketing poll showed on Aug. 12.