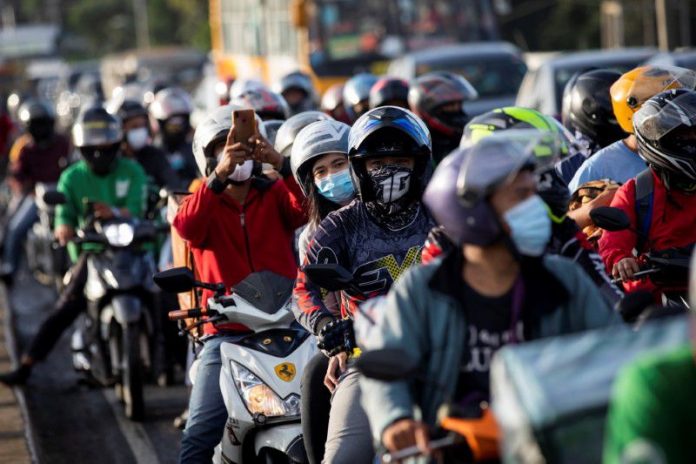 Nearly a fifth of hospitals in the Philippines are close to full capacity as a surge in COVID-19 infections, driven by the highly contagious Delta variant of the virus, spreads across the Southeast Asian country, the health ministry said on Monday.

Coronavirus cases in the Philippines, a country of 110 million, have been growing at a rate of around 8,000 to 10,000 infections a day over recent weeks, above the daily average of 5,700 cases reported last month, according to official data.

“It is highly possible the cases will continue to rise even after ECQ,” health ministry spokesperson Maria Rosario Vergeire said, referring to enhanced community quarantine (ECQ), the classification used in the capital Manila and its surrounding areas for its strictest form of lockdown.

Of the 1,291 hospitals in the Philippines, 236 have reached “critical levels” of over 85% occupancy because of the rise in cases, she said. Hospitals in the capital region, the epicentre of the current outbreak, were facing a similar situation with 25 of 159 facilities nearing full capacity, she added.

The lockdown would help the government delay a further rise in cases and give it more time to reinforce healthcare systems, Vergeire said. City officials have said they would use the period to vaccinate four million people in the capital region.

The Philippines is aiming to inoculate up to 70 million people this year, and 11 million people have been fully vaccinated so far. The country has recorded 1.65 million COVID-19 cases since the pandemic began, and 29,000 deaths.