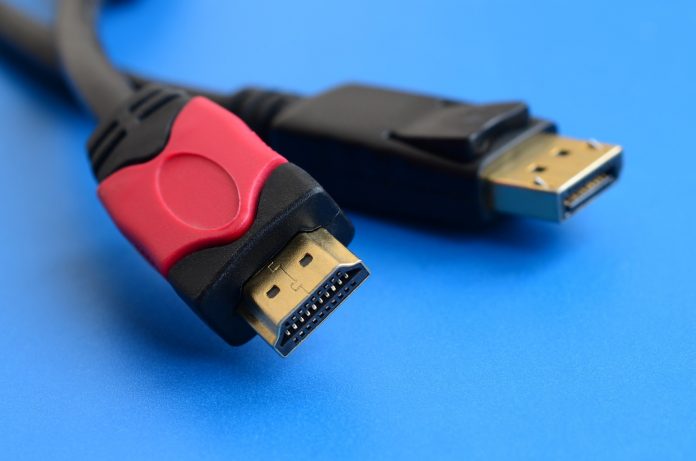 Life revolves around technology these days. Whether you can barely plug in a television or you’re a professional videographer who’s proficient in every type of high-end audio and visual equipment on the market, you rely on technology to some extent. After all, without it, we wouldn’t even be able to stay connected to friends, family, and the world around us. Many of us even rely on technology to work and attend school from home at this point. Today, even basic entertainment would barely be possible without all the electronics and devices we bring into our homes.

While you’ll find a wide range of ways to connect different devices and other electronics, many people require a higher level of compatibility. That’s just not always available as standard equipment. For example, trying to send high-quality picture and sound from an HDMI source to a USB-equipped device isn’t necessarily a simple matter. In many cases, you simply have to choose between high definition and incredible speed or sacrifice recording capabilities. Having said that, you don’t necessarily have to choose one over the other if you have a high-quality converter at your disposal. If you’re considering an HDMI to USB converter, it’s important to keep a few key points in mind.

Delving into the Wide World of USB

USB is short for universal serial bus. First unveiled in 1995, this technology allows users to put together, store, and retrieve information in various formats. From there, you can share the information among USB-capable devices by simply connecting one to the other. You’ll find USB ports on computers, gaming systems, audio-visual equipment, and many other devices. In fact, they’re the types of ports on your phone’s charger boxes. Many lamps, electrical outlets, and other items come equipped with USB ports these days as well to make charging various devices simpler and more convenient.

With USB technology, you can control video games, save a document from a laptop to a flash drive and transfer it to a stationary computer, or connect a computer to a printer and print or scan saved information. It’s also possible to transfer pictures from your camera to your computer or transform them into tangible photos using USB. Those are only a few of the possibilities.

USB technology offers a range of benefits. It’s capable of transferring large amounts of data at high speeds. In fact, it’s much faster than some of its predecessors and other data transmission options available today. Of course, it’s well known for its capacity to charge all the devices on which we now rely so heavily, such as our laptops, phones, and portable gaming systems. USB is even partially responsible for the smaller, lighter, more high-powered electronics and other devices we now have access to. It’s also widely used in a long list of commercial and industrial applications for too many purposes to name in a single sitting. On top of all that, it’s universal among devices that are equipped with USB technology.

Exploring the Intricacies of HDMI

HDMI, or high-definition multimedia interface, is a bit different. On the surface, its ports and connectors are shaped slightly differently than USB. When you dig deeper, you’ll find a host of additional differences. This type of technology is designed to send signals between devices with HDMI capabilities. It can allow you to connect your computer or Blu-ray player to your television or a gaming system to a monitor. It’s also the type of connection that streaming devices generally use to essentially draw signals from satellites and send them to your television or computer.

As is the case with USB, different types of HDMI are available. HDMI technology is found in a long list of places, including your high-definition televisions and monitors, cable and satellite receivers, media players, smartphones, digital cameras, computers, and gaming consoles. This technology isn’t quite as old as USB. It was developed in 2002. Since then, quite a few advancements have been made in HDMI, giving it more functionality and making it more universal than it was in the beginning.

Both standard and high-speed HDMI are available. A couple of today’s accepted standards are 720p/1080i and the high-speed version that’s much faster than its counterparts and supports 1080p. Many users have pointed out that not all HDMI cables and devices are created equally. Some brands and versions simply perform better than others. Additionally, it has been noted that HDMI tends to lose its signals over long distances. This tends to put a damper on speed, functionality, and performance.

Looking at the Advantages of HDMI

One of the primary advantages of HDMI is its ability to provide incredible audio and visual quality. Another major benefit is the ability to transmit sound and picture via a single cable rather than having to use multiple connections for each feature. HDMI devices provide brighter colors, greater clarity, and unrivaled sound. HDMI also allows you to control multiple devices from a single remote instead of having to use a separate remote for each device you have connected to the next. It’s also capable of supporting high bandwidths, such as three-dimensional images and Ethernet.

Understanding the Value of Combining these Two Technologies

Countless people find that they’d like to combine the benefits and strong suits of USB and HDMI. Maybe you want to see your digital pictures in life-size view from your television. Perhaps you want to stream or record videos from your HDMI-capable electronics to your USB device. It could be that you want to share pictures or videos but don’t have an external display port. All those situations can be problematic if you don’t have the right equipment to make them possible. Fortunately, the right equipment is available. You can purchase an HDMI to USB converter to combine the powers of your HDMI and USB devices. You’ll be able to transmit high volumes of data and enjoy ultimate sound and picture quality, and you won’t have to worry about signal loss, lag, or any of the other common problems you might face along the way. Having a high-quality converter at your fingertips can unleash endless possibilities.