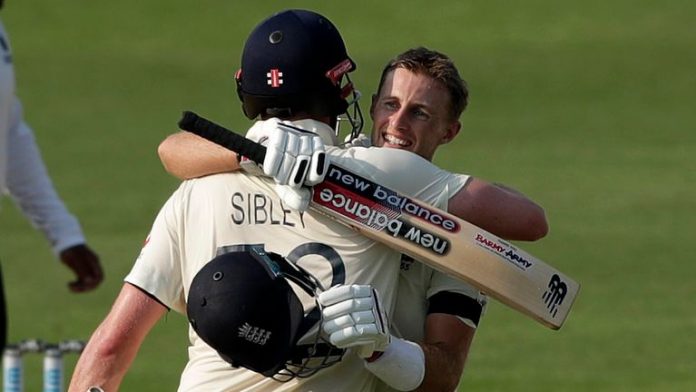 Skipper Joe Root’s half-century (56 not out) and his unbeaten 73-run partnership with Dominic Sibley (27 not out) helped England survive early jitters and erase the deficit on the fourth day of the first Test against India at lunch. They were 119/2 at the break.

England, who resumed on 25/0, lost two early wickets before they had reached fifty.

Opener Rory Burns was dismissed for 18 caught behind off Mohammed Siraj while No. 3 batsman Zak Crawley was removed by Jasprit Bumrah for six.

However, Root played his shots, hitting nine boundaries while Sibley dropped anchor to see England through a difficult phase. The host are 24 runs ahead of India and have eight wickets in hand.