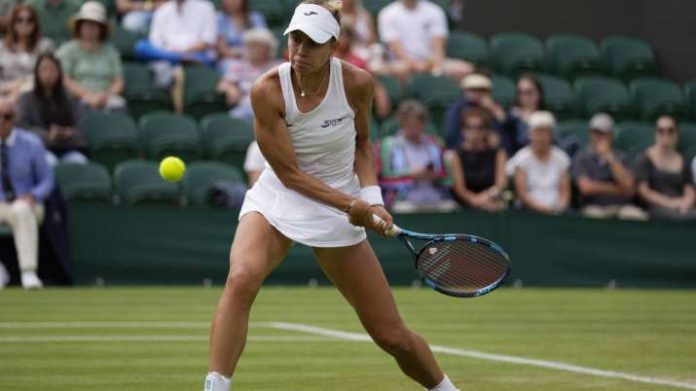 (IANS): Poland’s Magda Linette caused the biggest upset in Wimbledon so far as she knocked out third seed Elina Svitolina of Ukraine in the second round on Thursday. The world No. 44 won 6-3, 6-4.

World No. 1 Ashleigh Barty of Australia though beat Anna Blinkova of Russia 6-4, 6-3 to enter the third round.

She won 74 per cent of the points on first serve and 80 per cent on second.

Ashleigh’s win was in straight-sets but it was a performance full of errors. The Australian committed as many as nine double faults but converted six out of 15 break-points. She was still good enough to prevail over her Russian opponent.

Ashleigh will next take on Katerina Siniakova of Czech Republic. The unseeded player came storming from a set down to beat the former World No. 9 Coco Vandeweghe, 4-6, 6-2, 6-2.

The No.14 seed Barbora defeated Andrea Petkovic of Germany, 7-5, 6-4 while 16th seed Anastasia eased past Kristyna Pliskova of the Czech Republic, 6-3, 6-3.

“I think this match was really up and down,” said Barbora.

“I think it was really tight. Andrea, she is very experienced and I think her game actually suits the grass. I mean, I just knew it is going to be difficult.”