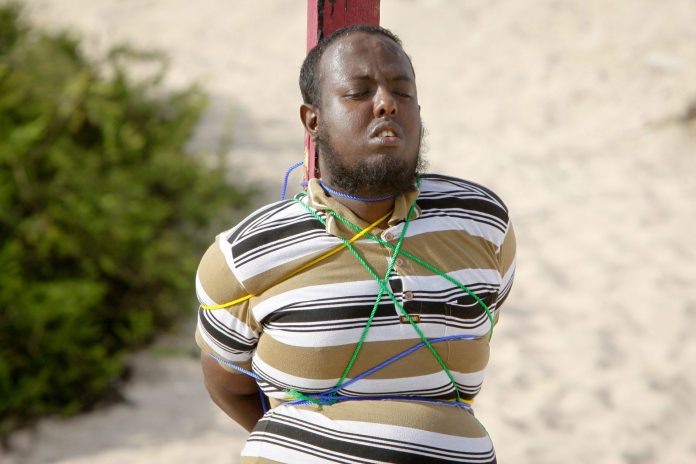 Somalia is a country in the Horn of Africa. Ethiopia borders it to the west, the Gulf of Aden to the north, Djibouti to the Northwest, Kenya to the southwest, the Indian Ocean to the east. With the longest coastline on Africa’s mainland, Somalia was an important commercial center in the Ancient Era. During the Medieval era, numerous Somali empires dominated the regional trade, including the Adal Sultanate, the Ajuran Sultanate, and the Sultanate of the Geledi.

In the present era, kidnappings, suicide bombings, and generalized chaos are common in Somalia. Nobody, including aid workers, is safe in the country.

So what happened? Why Somalia, a beautiful nation where numerous blossoming civilizations, has collapsed?

Let’s explore the history of Somalia and see what went wrong.

Ancient mausoleums, pyramidical structures, stone walls, ruined cities discovered in Somalia are proof of an old civilization that once thrived in the Somali peninsula. The findings of archaeological research and excavations in Somalia show that this civilization enjoyed a profitable trading relationship with Mycenaean Greece and Ancient Egypt since the second millennium BCE.

In the classical era, the Macrobians, who were Proto-Somali, built a strong tribal kingdom that controlled large parts of modern Somalia.

Although Rome had seized control of major trading ports, Indian merchants continued to trade in the port cities of the Somali peninsula, which was free from Roman interference. For centuries, the Indian merchants brought large quantities of cinnamon from Sri Lanka and Indonesia to Somalia and Arabia. This is said to have been the best kept secret of the Somali and Gulf Arab merchants in their trade with the Roman and Greek world.

Islam entered the northern Somali coast early on from the Arabian peninsula, after the hijra. Zeila’s two-mihrab Masjid al-Qiblatayn records the 7th century and is the oldest mosque in Africa. In the late 9th century, Al-Yaqubi wrote that Muslims were living along the northern Somali seaboard.

Before Islam, Somalia had a set of deities superseded by a single all-powerful figure called Eebbe/waaqale.

This ruling house was replaced by many dynasties like the Hilwaani, Qahtani, and eventually the Muzaffar dynasty and remained a dominant regional trading city-state, being the first to use the gold mines in Sofala.

The regional laborers were exploited at mines, and the era of slavery began.

Eventually, at the end of the 16th century, the Muzaffarid dynasty allied themselves to the Somali Ajuran Empire For many years, Mogadishu stood as the pre-eminent city in the بلاد البربر, Bilad-al-Barbar (“Land of the Berbers”), which was the medieval Arab term for the Somali coast.

With the entry of Christianity, the religious insecurities ignited a rivalry for supremacy between the Christian Solomonids and the Muslim Ifatites, which resulted in numerous devastating wars and eventually ended in a Solomonic victory.

In 1403, measures were taken against the Muslim Sultanate of Adal. The Emperor ultimately captured King Sa’ad ad-Din II of the Walashma dynasty in Zeila and beheaded him. After the war, the reigning king had his minstrels compose a song praising his victory, which contains the first written record of the word “Somali.” Sa’ad ad-Din II’s family was subsequently given haven at the King of Yemen court, where his sons regrouped and planned their revenge on the Solomonids.

The sons waged war against Solomonids that resulted in unprecedented casualties on the natives. Solomonids lost the battle and fled.

During the age of the Ajurans, the sultanates and republics of Merca, Mogadishu, Barawa, Hobyo, and their respective ports flourished and had a lucrative foreign commerce with ships sailing to and coming from India, Arabia, Venetia, Portugal, Egypt, Persia, and as far away as China.

Mogadishu prospered, and Somalia was one of the most influential ports in Africa. In the process, the Somali language influenced the Chinese language. Hindu merchants from Surat in Gujarat and Southeast African merchants from Pate, seeking to bypass both the Portuguese blockade and Omani meddling, used the Somali ports of Merca and Barawa to conduct their trade in safety and without interference.

Portugal soon restarted the religious wars by siding with Ethiopians against the Ajurans of Somalia. Despite losing the battle three times, Portugal kept attacking until they captured much of the Somalian coasts.

In the late 19th century, after the Berlin Conference, European powers began the Scramble for Africa.

In the 1890s, the Italian occupation of Marka sparked the beginning and outrage among the Bimal clan; many of them joined the Bimal resistance against Italy. The dawn of fascism in the early 1920s heralded a change of strategy for Italy, as the north-eastern sultanates were soon to be forced within the boundaries of La Grande Somalia according to the plan of Fascist Italy.

On 9 May 1936, Mussolini proclaimed the creation of the Italian Empire, calling it the Africa Orientale Italiana (A.O.I.) and formed by Ethiopia, Eritrea and Italian Somaliland (called officially “Somalia Italiana”).

In the first half of 1940, 22,000 Italians living in Somalia and the colony were one of the most developed in East Africa in terms of the standard of living of the colonists and the Somalis, mainly in the urban areas. More than 10,000 Italians were living in Mogadishu.

On 1 July 1960, regions united to form the Somali Republic, albeit within boundaries drawn up by Italy and Britain.

In 1967, Muhammad Haji Ibrahim Egal became Prime Minister, a position to which he was appointed by Shermarke. On 15 October 1969, while paying a visit to the northern town of Las Anod, Somalia’s then President Abdirashid Ali Shermarke was shot dead by a policeman. His assassination was quickly followed by a military coup d’état on 21 October 1969.

Currently, the clan-based armed opposition groups are fighting the army in Somalia. The war between the Somali government and Allies, the self-declared state of Somaliland, Al-Shabaab and Allies, Islamic State and Khatumo State has destroyed Somalia to a point of no recovery. After the military coup and a couple of dictators taking over the nation, the opposition has created a state of chaos. . Continuous activity by the al-Qaeda affiliated terrorist group, al-Shabaab has resulted in numerous kidnappings, suicide bombings and generalized chaos.

I believe almost everyone ignored the History of Somalia. The occupiers, invaders, and colonial powers converted the locals, and forced them to wage war against each other. Later, they left the locals and moved on after destroying their ancient religion and culture that once united them. This is why Somalia has collapsed. They’ve lost their history and culture, and all the invaders (Arabs, Portuguese, British and Italian) are equally responsible.