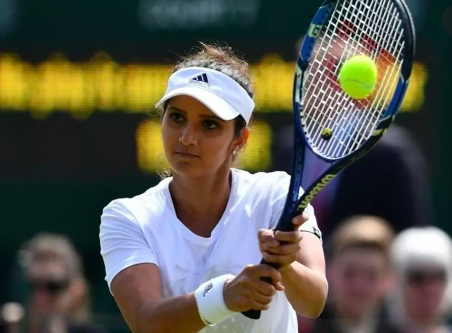 It was a mixed day for India at the Wimbledon as Sania Mirza and her partner advanced in women’s doubles while Rohan Bopanna and Divij Sharan crashed out of the grass court Grand Slam competition in the first round on Thursday.

Sania and American Bethanie Mattek-Sands started their latest campaign at Wimbledon by stunning the sixth seeded pair, Alexa Guarachi of Chile and Desirae Krawczyk of the USA. They advanced to the second round with a 7-5, 6-3 win on Court 8.

However, there was no such luck for Bopanna and Sharan, who missed the cut for Tokyo Olympics as they could not improve their combined ranking of 113, as they crashed out to 11th seeds, Henri Kontinen of Finland and France’s Edouard Roger-Vasselin. Bopanna and Sharan lost 6-7, 4-6 in the one hour and 20 minutes encounter.

Though the two pairs were evenly matched on most parameters, Bopanna and Sharan had nine break points but could convert only one while their opponents capitalised on two of the four chances that came their way.

Sania, who has bagged three Grand Slam doubles and as many mixed doubles titles thus far, has won the Wimbledon ladies doubles title in 2015.