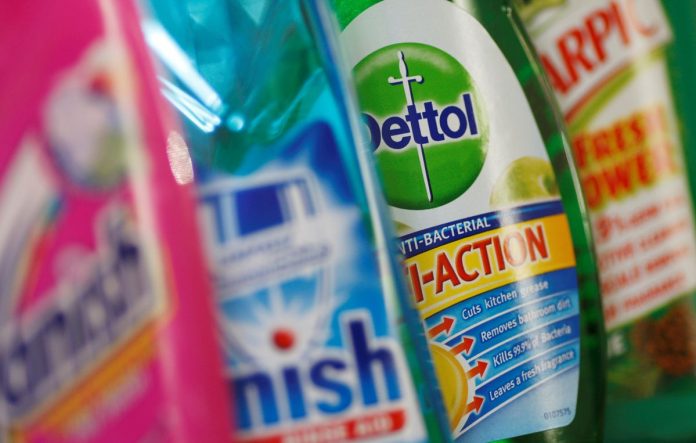 Like-for-like sales rose 2.2% for the three months to June 30, excluding its infant nutrition business in China, lower than the 2.3% growth analysts had expected, according to a company-supplied consensus.

The stock, down 5% this year, was the top loser on the FTSE 100 index in morning trading.

The pandemic boosted Reckitt’s sales to record levels last year, but there are signs that momentum is easing as vaccinations gather pace and stay-at-home restrictions in developed economies are lifted.

Reckitt said brands including Finish, Airwick, Harpic and Veet, which make up 70% of its sales, are growing, but at slower rates than last year, while brands like Durex, Vanish and Nurofen are returning to growth as market conditions normalise.

CEO Laxman Narasimhan said trends for its cold and flu products had improved in the second quarter.

Like its peers, the company saw costs rise for plastics and paper as well as higher freight and logistics costs.

Adjusted earnings per share for the six months ended June came in at 142.6 pence, below the 144.4 pence average estimate.

The company, which rebranded as Reckitt from RB earlier this year, maintained its full-year sales growth forecast of between 0%and 2%.

The company also reported an operating loss of 1.83 billion pounds in the first half of the year, mainly due to a nearly 3 billion pound charge taken on the sale of its infant nutrition business in China and a 165 million loss on the sale of Scholl – deals that were announced earlier this year.