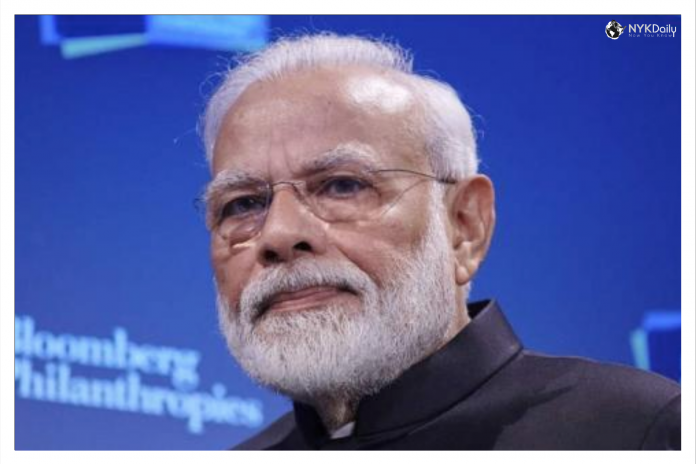 Prime Minister Narendra Modi on Thursday expressed his firm expectation about enhancing India’s capabilities in digital technology in the current decade, saying “it would increase the country’s share in the global digital economy”.

“This decade is going to enhance India’s capabilities in digital technology and its share in the global digital economy. That’s why big experts are seeing this decade as ‘India’s Techade’,” said the Prime Minister while interacting with beneficiaries on the completion of six years of the Digital India scheme.

Noting how much the Digital India campaign helped the country during the Covid period, the Prime Minister said India was sending thousands of crores of rupees directly to the bank accounts of the people at a time when big rich countries were unable to send aid money to their citizens due to the lockdown.

Modi mentioned that the government’s flagship Digital India mission had enabled implementation of the ‘one nation, one ration card’ scheme and helped ease access to services for millions of people during the Covid-19 pandemic. “Using UPI, people do transactions worth nearly Rs 5 lakh every day,” he said. “The one nation, one ration card scheme which was made possible under the mission has especially helped migrant workers.”

He said that digital transactions have brought an unprecedented change in the lives of farmers too. “Under the PM Kisan Samman Nidhi, more than 10 crore farmer families received Rs 1 lakh 35 crore in their bank account directly. Digital India has also realized the spirit of One Nation, One MSP.”

Be it driving license, birth certificate, paying electricity bill, paying water bill, filing income tax return, for many such tasks, the Prime Minister said the processes have now become very easy and very fast with the help of Digital India.

“And all this is happening in villages, now in the CSC center near your home.”

“Many countries have also shown interest in India’s CoWIN app for vaccination. Having such a monitoring tool for the process of vaccination is a proof of our technical proficiency. One of the world’s largest digital contact tracing app, Aarogya Setu has helped a lot in preventing corona infection,” said the Prime Minister.