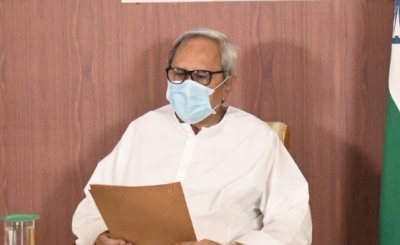 Odisha Chief Minister Naveen Patnaik on Friday urged Prime Minister Narendra Modi to increase the state’s vacation allocation quota to 95 per cent instead of 75 per cent as per the government of India guidelines.

Patnaik raised this demand during a virtual meeting on Covid management convened by the Prime Minister with the Chief Ministers of six states — Odisha, Maharashtra, Kerala, Karnataka, Tamil Nadu and Andhra Pradesh.

Patnaik said that Odisha has been performing very well in the vaccination drive and its vaccine wastage is among the lowest in the country. However, due to the low presence of private hospitals in the state, the lifting of vaccines from the 25 per cent quota has been less, he said.

Expressing concern over the anticipated third wave of the pandemic and its impact on children, the Chief Minister said, “I would like to request that vaccines for the 12-18 years age group may be prioritised and rolled out at the earliest.”

Earlier, state Health Minister Naba Kishore Das and Additional Chief Secretary (Health) P.K. Mohapatra had requested the Centre to allocate Covid vaccine doses to the state at a ratio of 95:5 for government and private hospitals, instead of the 75:25 ratio fixed as per the Central guidelines.

The Centre had revised its guidelines for the vaccination programme on June 8, which came into effect from June 21 across the country.

The presence of private hospitals in Odisha is very low and limited to only about 5 per cent of the total healthcare sector in the state. Hence, the state is raising the demand, sources said.