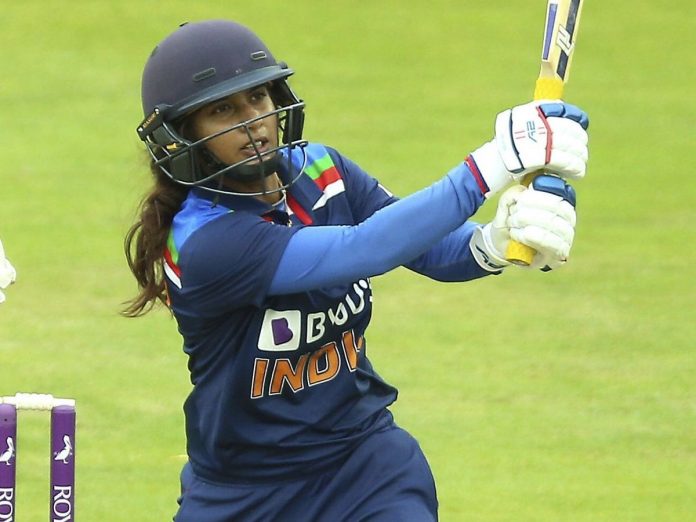 India batting star Mithali Raj is back at the top of the ICC women’s ODI player rankings, the ninth time she is number one among batters since first occupying the spot more than 16 years ago, after West Indies captain Stafanie Taylor slipped to fifth position.

In Tuesday’s weekly update, which takes into account performances in the last three matches of the five-match series between the West Indies and Pakistan that Taylor’s side won 3-2, the West Indies captain has lost 30 points after scoring 49 and 21 in the two times she batted.

Taylor who had reclaimed the No. 1 position last week courtesy her unbeaten century in the first match of the series, has also lost her top position among all-rounders to Australia’s Ellyse Perry and slipped three places among bowlers after going wicketless in the three matches.

Deandra Dottin (up three places to 25th), Kyshona Knight (up 11 places to 42nd) and Britney Cooper (up 22 places to 81st) are the batters to move up the rankings for the West Indies while off-spinner Anisa Mohammed’s six wickets see her advance three places to 23rd among bowlers.

West Indies’ Hayley Matthew (up two places to 32nd) and Chinelle Henry (up 14 places to 67th) have also moved up that list.

For Pakistan, Omaima Sohail’s scores of 62, 61 and 34 have helped her jump 19 places to a career-best 36th position while Sidra Ameen (up five places to 62nd) and Muneeba Ali (up 20 places to 68th) have made progress among batters.

Left-arm spinner Anam Amin has advanced 12 places to 48th among bowlers and Fatima Sana, who grabbed a five-wicket haul in the last match, is up 19 places to 66th in the list led by Australia left-arm spinner Jess Jonnasen.

In the ICC women’s T20I player rankings, India’s left-handed opener Smriti Mandhana has attained a career-best equalling third position after slamming a fine 70 in the final match of their series against England, the only match played in the format over the past week.

In other gains for India players, Deepti Sharma has inched up one spot to 36th position and teenaged wicketkeeper Richa Ghosh has moved up nine spots to 72nd position among batters.

England opener Danielle Wyatt’s match-winning 89 not out has lifted her four places to 17th position among batters while Katherine Brunt is in the top 10, gaining four slots to reach seventh position after accounting for openers Mandhana and Shafali Verma. Natalie Sciver has moved up five places to joint-17th among bowlers.