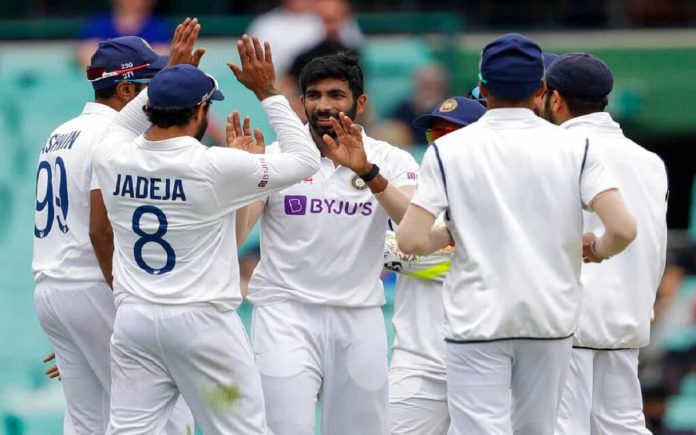 (IANS): India are likely to fret over the lack of a seam bowling all-rounder in their squad ahead of the Test series next month in England, a country where players with the ability to bat and bowl medium pace can turn out to be match winners and match savers, as seen in the past.

With all-rounder Ravindra Jadeja coming a cropper in the World Test Championship (WTC) final — his spin not getting help from the pitch and he failed with the bat as well — the focus is back on the lack of balance due to the absence of a seam bowling all-rounder.

Unfortunately for India, their only seam bowling all-rounder Hardik Pandya is not yet fit to bowl and has therefore been left out of the squad. He is currently with the limited-overs squad in Sri Lanka.

At best, India can try Mumbai player Shardul Thakur who scored a half-century and picked wickets in the fourth and final Test against Australia in Brisbane.

“India need a seam bowling all-rounder. I think Hardik Pandya needs to bowl if he has to make it and that can make a difference,” he added.

Lal said that teams like New Zealand and England would always have ‘a big advantage’ due to the presence of players who can bowl according to those conditions and bat.

India have been miserable over the last three tours to England.

On the 2018 trip, it was Sam Curran who tilted balance in England’s favour, scoring 272 runs at 38.86 and picking 11 wickets. Importantly, he came up with key contributions to swing the game away from India. He was Player of the Match in the first Test.

“It is a valid point (the need for a seam bowling all-rounder). Whenever we have done well in England, we have done well on the back of good pace bowling all-round options. In 1986, we had Roger Binny, Kapil Dev, Madan Lal and Mohinder Amarnath along with me. There were so many options to pick from,” said former India all-rounder Manoj Prabhakar recalling the three-Test series that India won 2-0.

Kapil, Binny and Lal contributed with both runs and wickets though so many all-round options didn’t allow Prabhakar to get an opportunity.

“In 1990, Kapil and I were there. With all-rounders, I mean someone who can bat as a batsman and bowl like a bowler in Test matches,” added Prabhakar.

Although India lost the three-Test series in 1990, they managed to draw two of the Tests. India were staring at defeat in Manchester in the second Test, at 127 for five but Sachin Tendulkar’s (119 not out) 56-run partnership with Kapil Dev (26) for sixth wicket and an unbeaten 160-run partnership with Prabhakar for the seventh wicket helped India escape with a draw.

In the third and final Test, Kapil scored a century, Prabhakar picked wickets and chipped with some handy runs as India made England follow-on. The home side, however, escaped with a draw.

“I think he has to go a long way. He is a great talent and a very good cricketer. He has to work on his fitness,” Kapil had told IANS in April.

Until then, India may have to look at someone else.