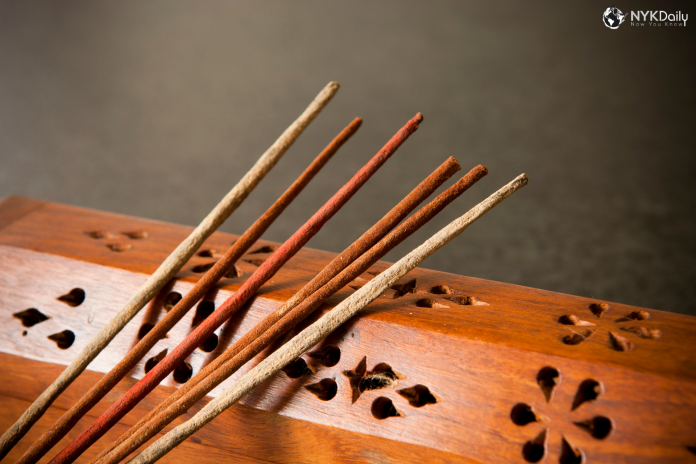 It’s quite exquisite to behold how divinely the bells in the temples welcome the stretching sun every morning, inviting the followers of world’s oldest religion to practice their Dharma. Hinduism, the most eco-friendly religion in the world which teaches us Hindus to revere everything that we see, feel, and eat. The trees are worshipped as our ancestors knew how important role the nature plays for humankind. The animals that help us in many ways, are worshipped for their contribution in this soil. In India, there are some important and widely celebrated festivals that are solely dedicated to the nature and animals. But, this glorious Hindu culture irks those who don’t tolerate a religion which is eclectic towards human beings as they want a world where only their faith is worshipped and all other religions are extinct.

A simple Tilak that shines on our foreheads is not less than a crown for us, which is undoubtedly rattling several particular groups of people who belong to different communities, but are on same mission. In a world, where other religions are profusely spending millions on some missions of converting people, it’s Hinduism that doesn’t feel the need to convert. It simply attracts the soul and replenishes it with peace. Thousands of people accept Hinduism and live happily like a common man with the tranquility of a saint every year. This is something instigating missionaries and Islamic extremists who lurk to convert poor and weak Hindus either by financial help or coercive actions or abetting them about Hinduism with manipulated information.

The culture that accepts all other religions and shows profound reverence towards them, is now lectured on secularism. The saffron attire and lifestyle of a Hindu saint is considered ancient and risible. Hindu practicing his dharma proudly and unapologetically is labeled communal. However, the attacks by leftists and Islamists unbelievably fail when it comes to shatter the spirit of a Hindu with unwavering faith in his Dharma. Factually, conversions are continually devouring tribes and poor groups that belong to Hinduism. Thousands of such cases have been reported in southern parts of India. Specially in Kerala, and Tamilnadu, where The governments are secretly utilizing the money that they snatch from the temples which are under them with a help of laws. In this secular country, where no mosque is under control of the govt, no church is controlled by the govt. Ironically, even calling India a secular country sounds absurd.

The temples that feed lacs of people for free daily, are maliciously targeted by the converted puppets of missionaries and Islamists, calling them a symbol of atrocities they suffered before they were beguiled to convert after getting a few sacks of rice and wads of rupees. This is a vivid fact that the Christian converters never come out to target Hinduism directly, they hide behind a curtain of secularism and provoke their converted ilk to slander Hinduism with fictitious stories of suffering and discrimination.

The social media has definitely helped such groups to thrive with their silent maneuvers of excavating Hindu community. Nowadays, they are vehemently posting such sensitive content on all platforms, delineating Hinduism in a way that seems to suppress the rights of women. On social media, new immature minds of Hindu girls are easily hijacked by such provoking posts. Moreover, Bollywood is certainly nurturing this stinking mentality that is working to ruin Hindu culture by making movies to insult our dharma, and questioning it maliciously in order to please their masters in politics. The missionaries, Islamists and anti- Hindu politicians have connived with each other for their personal benefits. The missionaries seek help from politicians to allow them to coax Hindus for conversion with alluring offers, whereas politicians seek help from Islamists and missionaries to campaign for them and spread lies to dethrone the saffron party that is brilliantly awakening Hindus about their heinous missions. It is a circus of radical parasites.

Film industry is seemingly working as a group of paid members who can campaign for political parties against a party which is abhorred by them. As since 2014, this party has been busting their propaganda and vexing them. Bollywood actresses and actors are working for these groups and parties for their own livelihood, relying on mud slinging and demeaning Hinduism on festivals. They are trained specifically to target Hindus festivals with a dirty agenda of creating an ugly image of Hindu culture. They lecture on saving water on Holi, On the contrary, many of them have been even fined for wasting drinking water to wash their cars in Mumbai by municipality. They seem to prowl like a wild boar to target Hindu culture. Dressing as the most eco-friendly creatures on this planet, they cunningly urge Hindus to stop practicing Dharma on Diwali, as it is not good for environment. The alacrity which cavorts within us for entire year to celebrate Diwali merrily is simply labeled as stupidity by the celebrities whose weddings have pervaded the city with smoke of branded crackers. Nowadays, Bollywood Hypocrisy is undeniably more entertaining than bollywood films. These celebrities never muster their courage to even utter a word on Eid and Christmas as their stomachs are fed by the ones who celebrate these festivals. All they are seen to do, is wishing them profusely with an exaggeration and post what the masters send them.

The temporary noise of crackers on Diwali ironically scares their pets. However, the animals that are killed to be the foods for these people On eid and Christmas, are delicious for these celebrities. Irony dies everyday in Bollywood. It’s secularism which was secretly inserted into Indian Hindu society by M. K. Gandhi when he manipulated a Hindu religious text ‘Raghu Pati Raghav Raja Ram’, interlacing Allah with Shri Ram and it was widely spread to put secularism deep in the minds of Hindus which can currently be seen. Secularism has given birth to liberalism and feminism. Feminism is structured with a honeycoated figment of conceit for the women which aggressively tells them to fight for existence and hate men, without letting them know that Hinduism has always revered NARI SHAKTI more than any deity. Likewise, liberalism is for unsuccessful slugs to live in illusions that makes them behave like a polymath, despite knowing their minds are as vacant as the abandoned houses. Only stupidity resides there.

Feminism is unequivocally sneaking into new generation, forcing them to believe that demeaning your culture is cool. The less clothes, the more freedom. Such figments are being circulated to brainwash young hindu girls to behave like rebels and fall into the snares of love jihad, and conversion in the name of progressive mentality and secularism. This is why feminism is more dangerous for Hindus than the enemies who attack them with swords. For fighting with a person is easier than fighting with a pernicious mentality which can’t be easily eradicated. Going to the temples, singing and enjoying divine Bhajans are not considered cool, but twirling with unfelt delight on Bollywood’s new modern musical clamor is cool for feminists on instagram who tend to flaunt hijab but despise Ghunghat (veil).

Throttling feminism is very important as it is lenient towards other religions, and continuously biting our culture. For centuries, Hindus were ruled by the Islamic invaders and then the British. They all wanted to destroy Hinduism at any cost. Therefore, they forced Hindus to convert willingly, when our ancestors didn’t comply. They unleashed their brutality, imposed taxes for worshiping, and living. Thousands of temples were dismantled and on their residues, huge mosques were built. Besides, the idols of Hindu deities were buried beneath the staircase, so that Islamic kings could feel proud, trampling upon the Kafir’s God. Although Hindus were severely tormented for practicing their religion amidst Islamic atrocities, yet Hindu Dharma remained intact because it was alive in the soul of every Sanatani.

The huge monuments that stand upon ancient temples are unfortunately famous tourist places now and Hindus are feeling proud of visiting them, forgetting the fact that they are infact walking upon their deities, and insulting their Dharma unknowingly. As the govt had already worked fervently to conceal the facts and making Hindus believe that these places are glorious.

Tolerance is strictly taught by our Dharma, however, it also teaches us to resist if something attempts to eat us, hammering our culture wildly. Tolerance is tolerance, it shouldn’t be meekness. It’s the time, when Hindus must practice their Dharma proudly without letting the enemies disguised as liberals tell us why we shouldn’t follow our faith. Even if it doesn’t come under their definition of secularism. Moreover, Reclaiming what we lost is the need of hour and resist against these hidden dangers. Secularism shouldn’t be allowed to beguile us into believing that this country is secular, because it’s utterly preposterous.