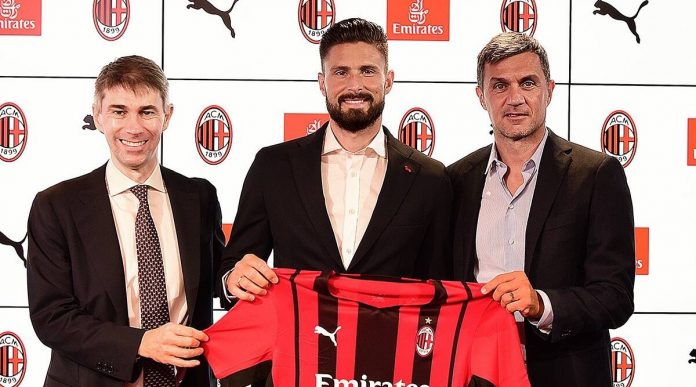 Olivier Giroud has completed his move from Chelsea to AC Milan, the Italian Serie A giants confirmed on Saturday. The French hitman will wear NO. 9 jersey next season,it said.

Having spent his youth career with Grenoble, Giroud made his transfer to Arsenal in the summer of 2012, before a move to Chelsea in January 2018.

In the national side, Giroud made his debut with the France senior squad in November 2011, scoring 46 goals in 110 appearances and winning the World Cup in 2018.

The Rossoneri has been linked with the 34-year-old, and the striker is likely to play second fiddle to talisman Zlatan Ibrahimovic.

According to the Italian media, the transfer just cost Milan one million euros plus performance-related bonuses.

Milan finished second in Series A last season, earning a Champions League spot for the next season.