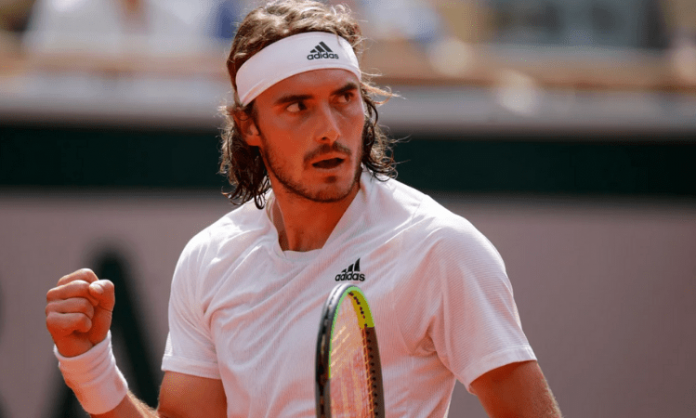 Serbian Filip Krajinovic, ranked 44th in the world, shocked top seed Stefanos Tsitsipas of Greece 3-6, 6-1, 6-3 at the Hamburg European Open to reach the semifinals and claim a third top-10 win of his career.

The sixth seed fought back after losing the first five games on Friday evening, claiming nine of the next 11 to advance in two hours and one minute. He won 76 per cent of his first-service points against the world No. 4 Tsitispas, using the drop shot to great effect to reach his first last-4 of the season.

Krajinovic will next face countryman Laslo Djere after the Serbian eased past third-seeded Georgian Nikoloz Basilashvili 6-2, 6-2.

Second seed Pablo Carreno Busta of Spain also marched into the last-4 as he defeated Dusan Lajovic of Serbia 7-6(4), 6-3 in one hour and 38 minutes. He will next play Federico Delbonis of Argentina after the world No. 48 defeated eighth seed Benoit Paire of France 4-6, 7-6(9), 6-4.

“He started really well, really aggressively,” Krajinovic said of Tsitsipas, the French Open finalist this year. “I could not find my game, could not find my serve, he was overpowering me. But at the end of the first set, I started to feel better I was going for my shots. It paid off in the end. I am happy to beat Tsitsipas, he is an amazing player.

Tsitsipas made a fast start, winning the opening 11 points as he raced 3-0 ahead. He struck the ball with depth, power and consistency and did not commit an unforced error in the opening four games. But despite falling behind, Krajinovic rallied and gained momentum heading into the second set.