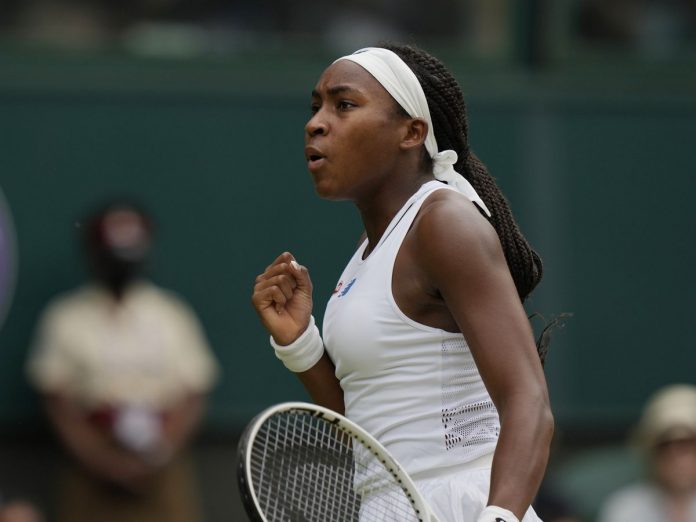 The focus will be on two debutantes standing tall in women’s singles — British girl Emma Raducanu and Liudmila Samsonova of Russia — when action resumes on Monday at the Wimbledon Championships.

Though all three of them have done exceedingly well in their maiden campaign at the world’s most prestigious tennis tournament, local teenager Emma, 18, will be the cynosure of all eyes and will have the British fans egging her on to go further in her home Grand Slam.

Making her Grand Slam main draw debut at the All England Club, Emma, a school student, has not dropped a set in three rounds so far. Ranked No.338, the wild card entrant has knocked out Vitalia Diatchenko of Russia, 2019 Roland Garros finalist Marketa Vondrousova of Czech Republic and Sorana Cirstea of Romania with straight sets victories.

In the fourth round, Emma will face Ajla Tomljanovic of Australia.

Emma’s comparison has already started with former teenage stars like Tracy Austin, who won the US Open in 1979 as a 16-year-old, Monica Seles, who bagged the French Open in 1990 at16 years and 189 days and Martina Hingis who, too, won her first Grand Slam before turning 17. Reaching the quarter-finals will, however, be a big task for Emma.

Liudmila will face Czech star Karolina Pliskova for a place in the quarter-finals.

Also fighting for the spotlight will be Tunisia’s Ons Jabeur, the first Arab woman to reach the first round at Wimbledon. Ons had stunned former champion Garbine Muguruza of Spain in the previous round and will be keen to do the same against seventh seed Iga Swiatek of Poland.

Seventeen-year-old American Coco Gauff, who had made it to the fourth round of Wimbledon in 2019, has a tougher task at hand as she faces 2018 winner Angelique Kerber of Germany for a place in the last eight.

Coco is ranked 20th while Angelique is 25th and but the American teenager looks in better form as she had reached the quarter-finals at this year’s French Open while her German opponent had crashed out in the first round.

Women’s world No 1 Ashleigh Barty of Australia too faces an in-form player in French Open champion Barbora Krejcikova of the Czech Republic, who booked a spot for herself in the fourth round with a 7-6(1), 3-6, 7-5 win over Latvia’s Anastasija Sevastova.

In the third round, Ashleigh had defeated Barbora’s compatriot and doubles partner Katerina Siniakova 6-3, 7-5.