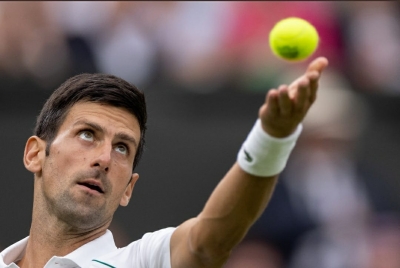 After a spate of high-profile withdrawals, a revised list of tennis players that includes the likes of world No. 1 Novak Djokovic, Stefanos Tsitsipas, Alexander Zverev, and Daniil Medvedev, has been announced for the Tokyo Olympics.

Stefanos Tsitsipas, who lost the French Open final to Serbia’s Djokovic, will hope to bring glory to Greece on his Olympic debut, while Russia’s world No. 2 Daniil Medvedev — who has won 10 tour-level titles on hard-court, the surface on which the Olympics are being played — is also making his debut, according to atptennis.com, which released the revised list on Saturday.

The other men’s tennis stars to be seen in Tokyo include two-time Olympic gold medallist Andy Murray of Great Britain, Germany’s Alexander Zverev and Argentina’s Diego Schwartzman. Australia’s No. 1 player Alex de Minaur has withdrawn after testing positive for COVID-19.

London 2012 and Rio 2016 gold medallist Andy Murray is set to make his fourth appearance at the Olympics in singles and doubles.

The biggest beneficiary of the withdrawals has been India’s Sumit Nagal. The 23-year-old will now enter the singles field of 64 in Tokyo. Nagal will join Sania Mirza and Ankita Raina in India’s team for the Olympics.

“No words can express my emotions. A surreal feeling to qualify for the Tokyo Olympics. Grateful to all your support and wishes,” tweeted Nagal after receiving confirmation for his ticket to the Olympics.

Serena Williams, Victoria Azarenka, Angelique Kerber, Simona Halep and Bianca Andreescu are among the women players who are skipping the Olympics.

The tennis event will be held at the Ariake Tennis Park from July 24 to August 1.