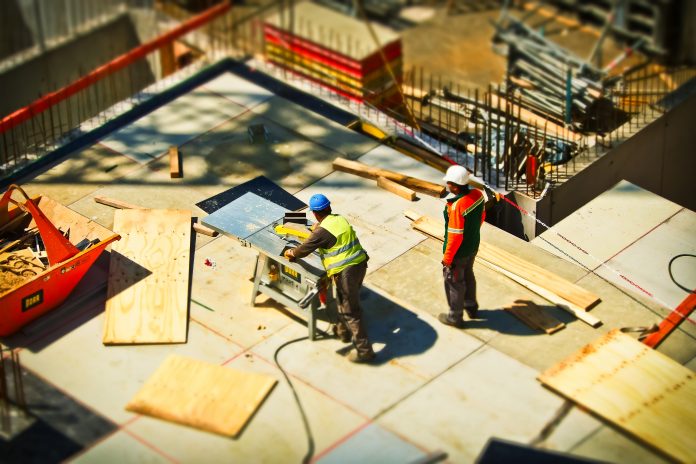 Operators have been able to change hydraulic attachments on large excavators without leaving the cab for many years. However, that same advantage has only recently reached small excavators. Previously, small excavator operators had no choice but to exit the cab to detach and reattach a new tool. Changing attachments manually is hard work and takes up valuable time on the job site.

Recently, Engcon, the manufacturer of the Tiltrotator, engineered a quick hitch system for small excavators between 4 to 6 tonnes. The quick hitch system works the same way for large and small machines; ground pressure allows for the bucket lock to be opened, and if the axles aren’t in the correct position, the operator is notified with sounds and flashing lights. This is great news for small excavator operators who want to save time on the job.

Quick coupling makes any job more efficient, and it’s even better when it’s hands-free. Although some connections are challenging, companies like Stucchi USA make custom specialty couplers for just about every connection you might need.

While Engcon’s new quick hitch system is going to help many operators, they’re not the only company making upgrades to compact excavators. Kubota – perhaps one of the top brands of all time – has made some extensive upgrades to several machines.

Like Engcon, Kubota introduced a hydraulic quick coupler for the entire line of 3-4-ton excavators like the KX033, U35, and KX040. Using this system, operators can switch out attachments from the cab in around fifteen seconds.

In addition to adding quick coupling, Kubota has also made upgrades to their KX057-5 and U55-5 machines.

The KX057-5 is a replacement for its predecessor and operates with 47.6 horsepower and can dig 3.9 meters with a force of 4,614 kg. This machine is equipped with an LCD screen, much like newer cars, that provides all the information the operator needs.

Conveniently, this machine doesn’t require a physical key to start. Operators can start the engine with a 4-digit code, and the machine is capable of storing up to ten unique passcodes.

Kubota’s U55-5 is specifically designed to support working in tight spaces. This machine has a smaller tail swing, but operates with the same 47.6 horsepower as the KX057-5. The U55-5 digs slightly less at 3.6 meters, but that’s still amazing for a compact excavator designed for small spaces.

The U55-5 cab has also been redesigned to be larger with more head and foot space. The floor is thicker to reduce noise and the ceiling is lined in felt to reduce vibrations. Like the KX057-5, the U55-5 has a large LCD screen and keyless ignition, but also has a rear-view camera.

Every minute on the jobsite counts

Construction is hard work; it’s also known to be the most dangerous job in terms of the risk for injury and death. According to OSHA, in 2019, 20% of all private industry worker fatalities were in construction. That amounts to one in five workers being killed on the job. That year, the death total in construction was 5,333.

Every minute counts on the jobsite. The faster operators can get the job done, the less time a worker is exposed to danger. Unfortunately, the inherent danger of construction is multiplied each time an operator has to exit the cab to change attachments.

When companies like Engcon and Kubota upgrade compact excavators to make changing attachments effortless, they’ve simultaneously upgraded the operator’s safety. Perhaps not by much, but every bit counts. For example, if debris falls into the area where the operator is digging, they’ll be safer in the cab than in the trench or hole. Falling debris frequently kills construction workers and bystanders. If an operator can remain in the cab for the duration of the job, they’ll at least avoid some potentially fatal accidents.

There are some jobs that just can’t be performed with a full-size excavator. For those jobs, a compact excavator is perfect. It’s taken a while for manufacturers to beef up smaller machines to be as convenient as larger machines, but now it seems like more manufacturers are following suit.

Once Kubota’s line of improved compact excavators become popular, it will only be a matter of time before the other manufacturers follow suit.