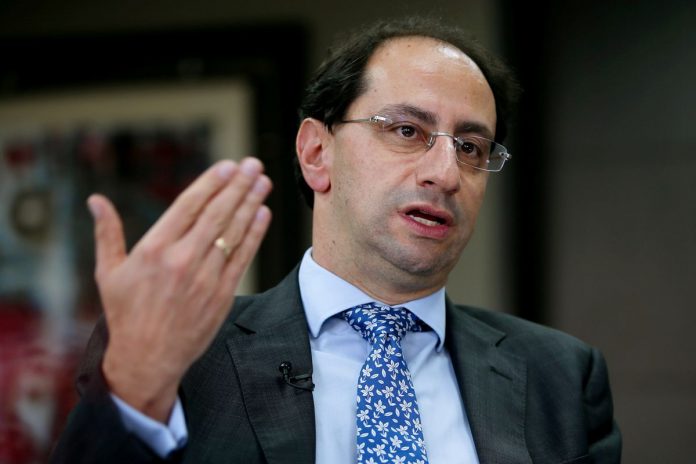 Colombia will seek to raise at least $3.97 billion through a new tax reform measure to be proposed to Congress, Finance Minister Jose Manuel Restrepo said on Tuesday, as the government looks to shore up the country’s finances amid credit rating troubles and growing debt.

The 15.2 trillion peso target sum in the so-called social investment law is significantly lower than the 23.4 trillion pesos ($6.12 billion) sought by the government in April, before protests and lawmaker opposition forced that bill’s withdrawal and the resignation of Restrepo’s predecessor.

“The first great consensus has to be concern for the vulnerable,” Restrepo said during a launch event.

The bill will be presented to Congress when the second legislative period of the year begins on July 20.

Funds raised through the measure will be used to cover the fiscal deficit and shore up social programs as well as finance economic recovery and employment, he said.

The bill would increase businesses’ income taxesby 5 percentage points to 35% from 2022 to finance social programs, raising some 6.7 trillion pesos.

It would also enshrine 1.9 trillion pesos a year in public savings via cuts to government mobile-phone, rent and vehicle costs, according to a document shared by the president’s office.

The government hopes some 2.7 trillion pesos will be raised through fighting tax evasion, with the bill enabling it to better track owners or beneficiaries of businesses so they can be charged, among other measures.

The updated law would modify Colombia’s fiscal rule – a measure imposed in 2011 to prevent the deterioration of public finances – to allow new fiscal targets amid the country’s pandemic-motivated increase in debt.

The failure to pass the earlier reform proposal, the predicted increase in net public debt to 65.1% of GDP this year and doubts about Colombia’s medium-term fiscal management recently led ratings agencies Standard & Poor’s and Fitch to cut its credit rating to junk.

The government estimates the fiscal deficit this year will reach nearly $25 billion, equivalent to 8.6% of GDP, before declining to 7% of GDP next year.