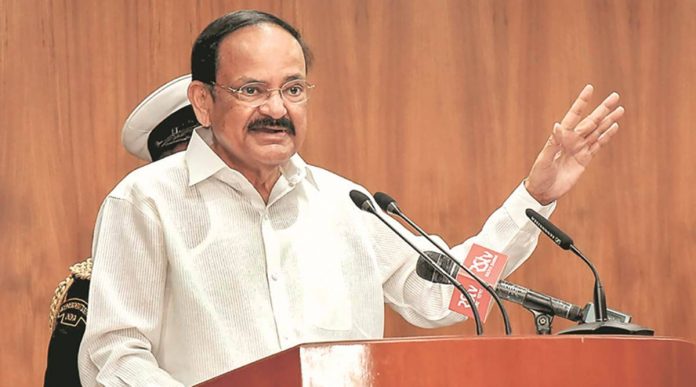 He made the suggestion during a visit to LaCONES, a laboratory of Centre for Cellular and Molecular Biology (CCMB), for the conservation of endangered species.

“In Nehru Zoological Park, endangered mouse deer have been successfully raised from a few individuals to more than 250. The deer have now been successfully released in the forests of Amarabad. Similar efforts should be extended for hangul deer in Kashmir, wild buffaloes in Chhattisgarh and Red Panda in Darjeeling,” he said.

Naidu said that he was glad to learn that the National Wildlife Genetic Resource Bank at LaCONES is one among an exclusive league of 23 such labs in the world.

He was also pleased to note that the activities of LaCONES involving zoos have prompted the formation of a consortium involving five zoos from different parts of the country to promote bio-banking of endangered species. Terming it a timely initiative, he hoped that this consortium and others will take full advantage of this bio-banking facility.

“With the ongoing climate change, there is an undeniable impact on all life forms around us, including humans. India, as you all are aware, has some of the most bio-diverse regions and is home to a wide range of ecosystems such as forests, grasslands, wetlands, deserts and coastal and marine ecosystems. We not only need to protect and preserve our ecosystems but also make every effort for conservation of endangered species for the well-being of animals, plants and humans,” he said.

The Vice President exuded confidence that the modern biotechnological tools will help in mitigating the adverse effects on wildlife and ecosystems.