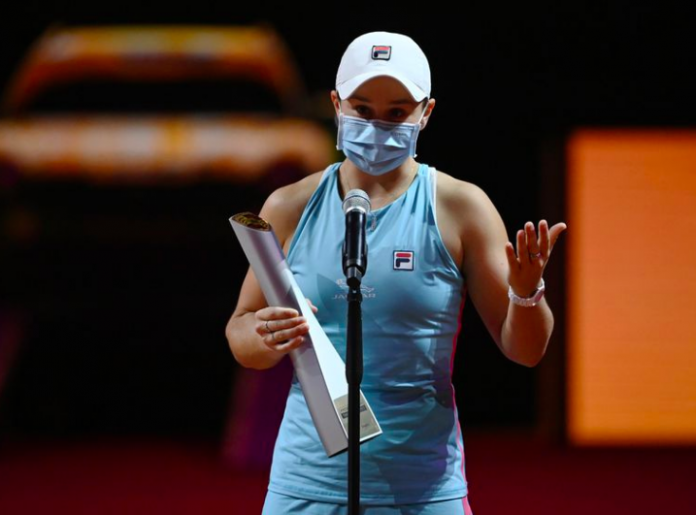 World No 1 Ashleigh Barty made short work of Ajla Tomljanovic in a clash of two Australian players to enter her maiden semi-final at the Wimbledon Championships on Tuesday.

Ashleigh, the 25-year-old from Ipswich who won the French Open in 2019, outplayed her compatriot 6-1, 6-3 in just over an hour at the All-England Club Centre Court.

In the semi-finals, she will take on 2018 winner Angelique Kerber of Germany, who defeated 19th seed Karolina Muchova of Czech Republic 6-2, 6-3.

Although Aryna hit less aces (three against four) and committed more double faults (five against two), she converted three of the 10 break-points and won 83 per cent of first-service points against Ons.

Czech Republic star Karolina’s game was more power-packed than her opponent’s as she fired eight aces against none by Viktorija.

Karolina, who won 83 per cent points on first service and converted four of the 10 break-points, has now reached semi-finals in all four Grand Slam events. She had entered the last four stage at the 2016 US Open, the 2017 French Open and the 2019 Australian Open.

“I think everyone saw that what the key was today. I wasn’t able to get into one rally when she was serving. That was really unbelievable… She was serving great. It was tough to read,” said Viktorija.

“Even when I was expecting a little bit to go one or the other side, it was still very tough to return. So even the second serves were quite good, although she had I think a huge percentage of first serves as well.”