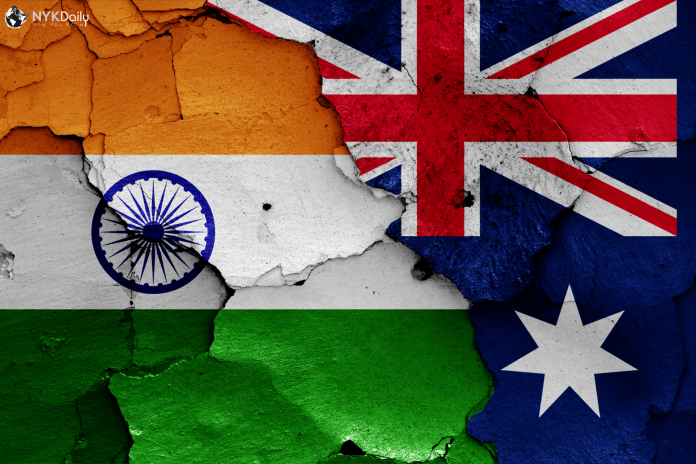 Australia has announced that three of its leading universities will collaborate with their American counterparts to explore the use of trusted autonomous systems for cyber security as part of the Next Generation Technologies Fund’s (NGTF) Australia—US Multidisciplinary University Research Initiative (AUSMURI) program.

The country’s Department of Defence said that the aim of the joint project – led in Australia by the University of Melbourne and the University of Wisconsin in the US – will be to develop autonomous cyber security systems through robust and effective teaming of bots and humans.

It will also explore how cyber bots can learn and form teams, either amongst themselves or with humans, to counter cyber threats.

For Australia, cyberspace and critical technology is now a foreign policy priority. The Oz, who have made it clear that it will affect all aspects of international relations, also continue to strengthen its cooperation with India.

The Scott Morrison government had entered into a landmark, cooperative arrangement with India on cyber affairs and critical technology during the Leaders’ Virtual Summit between the two Prime Ministers, last year.

The four-year $12.7 million partnership aimed at creating a research and development fund for Indian and Australian businesses and researchers, and support other countries to improve their cyber resilience.

A steady progress has been witnessed in the bilateral relations between both the countries after the elevation of the relationship to Comprehensive Strategic Partnership (CSP).

New Delhi and Canberra are gradually working towards enhancing their partnership with the private sector and academia to work together in skill and knowledge development besides strengthening cooperation in the multilateral fora.

Both countries, with their technical expertise and engaged user base, are key players in the global development of critical and emerging technologies such as Artificial Intelligence (AI), next generation telecommunications (5G/6G), Internet of Things (IoT), quantum computing, synthetic biology, blockchain and big data.

In April this year, the Australian Foreign Minister Marise Payne had announced the funding of three successful projects in Round 1 of the Australia-India Cyber and Critical Technology Partnership (AICCTP).

The grants program exists to enhance practical cooperation and collaboration between the two countries on cyber and critical technology issues, which will help shape a global technology environment that meets Australia and India’s shared vision of an open, free, rules-based Indo-Pacific region.

The three projects which were awarded funding in the first round are:

– The Centre for International Security Studies at the University of Sydney and the Observer Research Foundation, to develop ethical frameworks and best practices for emerging quantum technologies

– La Trobe University, in partnership with the Indian Institutes of Technology in Kanpur and Gandhinagar, to operationalise ethical frameworks in the critical technology supply chains of global companies

– And, the School of Computer Science at the University of Sydney, in partnership with the Indian Institute of Technology Madras, Reliance Jio and the University of New South Wales, to address privacy and security challenges in next generation telecommunications networks.

At the same time, India and Australia also continue to share cyber security threat assessments as well as information on legislation and national cyber strategies.

Earlier this month, in the first meeting of the Joint Working Group (JWG) on Cyber Security Cooperation between India and Australia, both countries noted the need to strengthen security of critical information infrastructure as well as 5G technology and Internet of Things (IoT) devices.

The JWG on Cyber Security Cooperation is a mechanism established under the Framework Arrangement on the Cyber and Cyber-enabled Critical Technology Cooperation between India and government of Australia to implement the 2020-25 Plan of Action. It brings together policy makers and working level experts in the area to strengthen bilateral cooperation.

The two countries have also time and again reaffirmed their commitment to work together in the areas of digital economy, cyber security and critical and emerging technologies as identified by the Framework Arrangement on Cyber and Cyber-Enabled Critical Technology Cooperation.

As the world witnesses an increasing number of security threats emanating from cyberspace, India realises the challenges posed by cyberspace and the significance of cyber security.

“We are witnessing a sophisticated use of cyberspace by terrorists around the world to broaden their appeal, spread virulent propaganda, incite hatred and violence, recruit youth and raise funds. Terrorists have also used social media for planning and executing their terror attacks and wreaking havoc,” said Harsh Vardhan Shringla, India’s Foreign Secretary during his address to the UN Security Council Open Debate on ‘Maintenance of International Peace and Security: Cyber Security’, earlier this week.

“As a victim of terrorism, India has always underlined the need for Member States to address and tackle the implications of terrorist exploitation of the cyber domain more strategically,” he added.