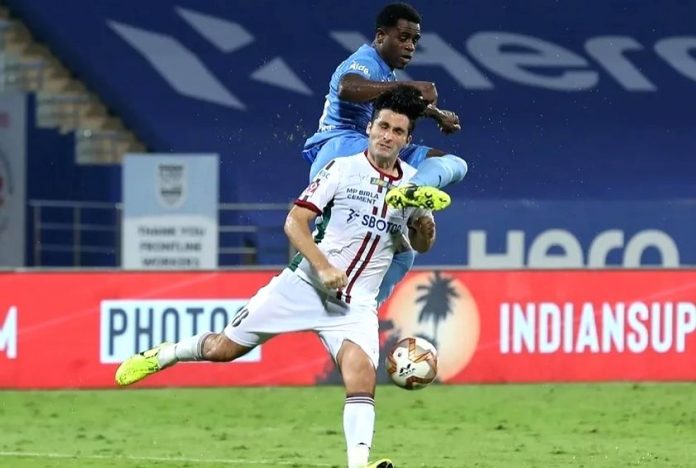 ATKMB are due to play in the AFC Cup soon, and then later in the year they will have the ISL on their radar. McHugh, who signed a contract extension earlier this week, said the team is looking forward to participating and winning the two competitions.

“I am really happy to have my new contract agreed and I am excited for the season ahead. When the club made it clear they wanted me to stay for the upcoming season, this was the only place I wanted to be. There is so much to play for this season and we are all hungry to be successful in multiple competitions,” he said on Sunday.

The 28-year-old admitted that head coach Antonio Lopez Habas, under whom he won the 2019/20 ISL with ATK FC, did play a role in his deciding to stay on at the Kolkata-based club. He praised Habas and his staff for what they have done for the side.

“The coach and his staff were a big factor in renewing my contract. They have created a high-performance environment through the training and preparations for games. I have learned so much from the coach, especially, tactically, and I am looking forward to working with him again for the upcoming season,” he said.

Last season, ATKMB fell just short of winning the League Shield as well as the ISL trophy, pipped by Mumbai City FC on both occasions. McHugh reckons using that disappointment as fuel will be the key for ATK Mohun Bagan in the 2021/22 season. “I am really looking forward to starting our preparations for the 21/22 season. I am also excited to meet all the new players we have signed.

“Yes, ultimately last season ended in disappointment in the last few weeks, and it was a tough few weeks after the final to get over that disappointment. In football, however, you have to keep looking forward and use the disappointment as fuel to push us on to achieve what we want this season. There were a lot of positives about last season which we shouldn’t forget and we have a good base to build on moving into the new season,” said the Irishman.