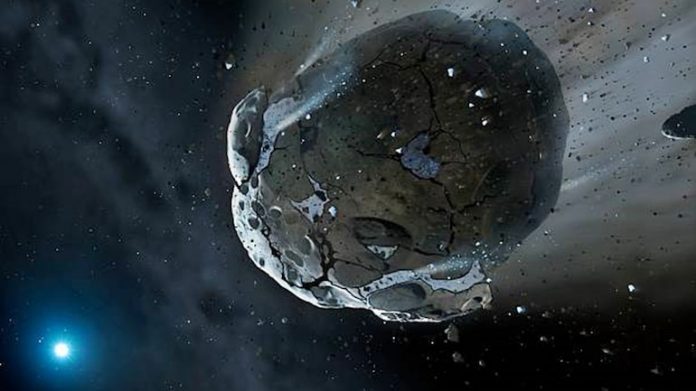 Asteroids, meteoroids, asteroids, comets … that’s a lot of terms ( space objects) flying around! Not to mention shooting stars and meteor showers. Are they all the same thing? Even though some of them may appear pretty similar to us, the answer is no, they’re not the same thing—especially not to the scientists who study them and who use different terms for specific reasons.

Asteroids are rocks revolving around the sun that are too small to be called planets. They are leftovers from the formation of our solar system about 4.6 billion years ago. They are sometimes called planetoids or minor planets. There are millions of asteroids, ranging in size from hundreds of miles to several feet across.

Despite their size, asteroids can be dangerous. Many have hit Earth in the past, and more will crash in the future. This is the reason why scientists study asteroids and are eager to learn more about their numbers, orbits and their physical characteristics.

Early on, the birth of Jupiter prevented any planetary bodies from forming in the gap between Mars and Jupiter, causing the small objects that were there to collide with each other and the asteroid belt; a torus-shaped region in the Solar System, located roughly between the orbits of the planets Jupiter and Mars fragment was formed, those are asteroids seen today.

Asteroids lie within three regions of the solar system. Most asteroids lie in a vast ring between the orbits of Mars and Jupiter. This main asteroid belt holds more than 200 asteroids larger than 60 miles (100 km) in diameter.

Not everything in the main belt is an asteroid — Ceres, once thought of only as an asteroid, is now also considered a dwarf planet. In the past decade, scientists have also identified a class of objects known as “main belt asteroids,” small rocky objects with tails. While some of the tails form when objects crash into an asteroid, or by disintegrating asteroids, others may be comets in disguise.

Many asteroids lie outside the main belt. Trojan asteroids orbit a larger planet in two special places, known as Lagrange points, where the gravitational pull of the sun and the planet are balanced. Jupiter Trojans are the most numerous, boasting nearly as high a population as the main asteroid belt. Neptune, Mars and Earth also have Trojan asteroids.

Sometimes one asteroid can smash into another. This can cause small pieces of the asteroid to break off. Those pieces are called meteoroids. Meteoroids can also come from comets.

If a meteoroid comes close enough to Earth and enters Earth’s atmosphere, it vaporizes and turns into a meteor: a streak of light in the sky.

Because of their appearance, these streaks of light are sometimes called “shooting stars.” But meteors are not actually stars.

Because meteors leave streaks of light in the sky, they are sometimes confused with comets. However, these two things are very different.

Comets orbit the Sun, like asteroids. But comets are made of ice and dust—not rock.

As a comet’s orbit takes it toward the Sun, the ice and dust begin to vaporize. That vaporized ice and dust become the comet’s tail. You can see a comet even when it is very far from Earth. However, when you see a meteor, it’s in our atmosphere.

Sometimes meteoroids don’t vaporize completely in the atmosphere. In fact, sometimes they survive their trip through Earth’s atmosphere and land on the Earth’s surface. When they land on Earth, they are called meteorites.