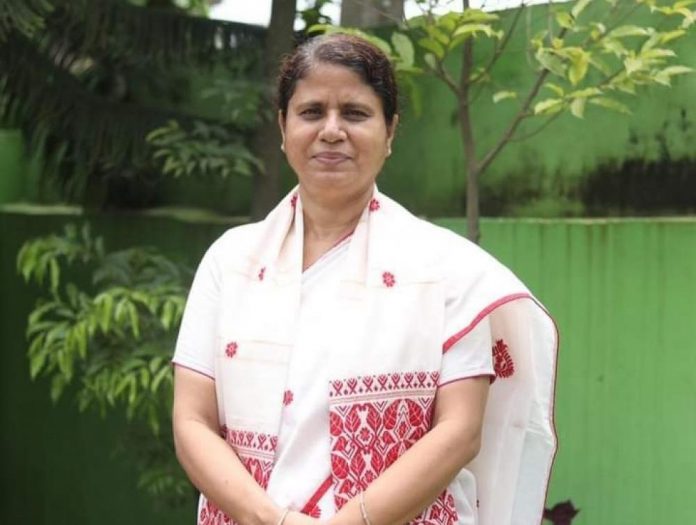 The first Budget of the BJP-led government’s second term, which assumed office on May 10 after the March-April polls, shows a deficit of Rs 566.20 crore.

Neog said that the Gross State Domestic Product (GSDP) of the state has increased to Rs 3,51,318 crore with a percentage of growth of 11.22 per cent in the past five years.

Announcing 24 new schemes, the Finance Minister in her 137-minute Budget speech in Assamese informed the House in detail about the funds allocated to the 18 flagship schemes of the state government.

“Among all the schemes launched so far, the poverty eradication and women empowerment scheme – ‘Orunodoi’ (sunrise) — is the strongest one which would lead Assam forward with self-reliance, self-confidence and strong purpose.

“Currently, under the Orunodoi scheme, an amount of Rs 167.78 crore is being released to 20,21,500 women every month. The monthly financial support under the flagship scheme would be increased to Rs 1,000 per family from the current Rs 830. The scheme would benefit 40 per cent of the needy families in the state,” the Finance Minister said.

Neog announced that over one lakh educated youth would be given government jobs in the current fiscal while the government has taken an ambitious initiative under the Assam Small Financial Grant and Relief Scheme to provide relief to the lakhs of affected womenfolk who had taken loans from various small finance institutions.

According to the minister, the microfinance serves almost 26 lakh borrowers with a total portfolio of Rs 12,500 crore.

“We have 4474.86 km of embankments which serve as the primary line of defence against floods across Assam and are also an important means of communication in the remote areas of the state,” the minister said.

She said that in the mission to build a flood-free Assam, with an estimated expenditure of Rs 1,000 crore, over 1,000 km of embankments in Brahmaputra and Barak Valley would be strengthened and converted into road-cum-embankments.

The minister told the House that the Covid pandemic has affected all spheres of life.

“Some of the most vulnerable sections which have been affected are cottage industries, small traders and artisans. A Rs 10,000 one-time special assistance would be given to each of the affected people,” she said.

The minister also said that for the positive reinforcement to continue education and to prevent dropouts, smart phones would be given to eight lakh students of Class IX and X.

“For the welfare of lakhs of tea garden workers, water supply projects would be further strengthened and roads would be developed in all the 855 tea garden areas. The government would also continue its crusade to make Assam a drug-free state,” the minister said.

She said that financial assistance is being given to the people under the Chief Minister’s Shishu Seva Scheme and Covid-19 Widow Support Scheme.

“An amount of Rs one lakh is being provided to the next of kin of the deceased,” she said.

To strengthen the health facilities, the Finance Minister announced to set up five new medical colleges in five districts at a cost Rs 16 crore for each medical college.

Under the two externally aided projects, with Rs 5,000 crore funding from Asian Development Bank, several highways are being constructed and the preliminary works for two projects have already been started.

The Finance Minister also said that to strengthen the security of the state, the government would set up 10 battalions at 10 locations of the state in a phased manner and all of them would be commando battalions. Also, the constables and officers would undergo rigorous training on the lines of SPG, NSG, CRPF, Cobra.

These 10 commando battalions would also play a crucial role in counter-insurgency operations in the state, she added.