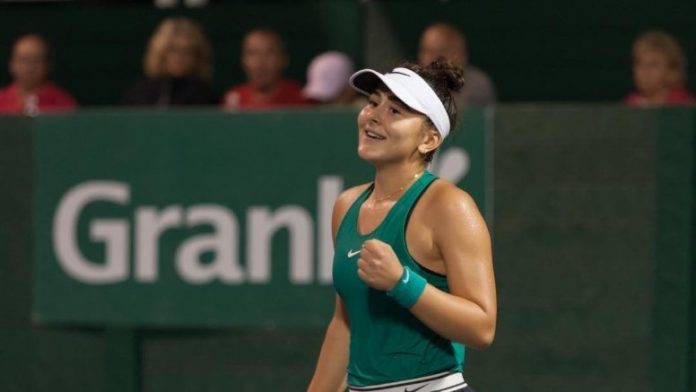 France’s world No. 58 Alize Cornet caused a major upset when she beat world No. 7 Bianca Andreescu of Canada 6-2, 6-1 in their delayed first-round match at Wimbledon in one hour and 22 minutes on Wednesday.

This is the second time in three weeks that Alize has beaten the 21-year-old Bianca, seeded fifth here.

The Frenchwoman had won their second-round clash in Berlin a fortnight ago, going on to reach her first grass-court semi-final.

Alize will meet the winner of the match between Greet Minner of Belgium and Alja Tomljanovic of Australia.

Alize, 31, is playing her 14th Wimbledon, having competed in every main draw since 2007, while Bianca was playing her third, having qualified in 2017 and lost in the first round to Kristina Kucova of Slovakia. She had fallen in the 2018 qualifying to German Antonia Lottner.

Alize mixed her powerful, flat forehand strokes with near-perfect net play to thrash her opponent. Bianca, meanwhile, was increasingly unsure of her footing, which Alize took advantage of by playing the drop shot whenever the former US Open champion slipped on fresh Wimbledon grass.

The first set was much closer than the scoreline suggests, with Bianca playing some great slices and drop shots. But from 2-2, Alize won four close tussles in a row as consistency deserted Bianca.

No.16 seed Anastasia Pavlyuchenkova of Russia and No.19 seed Karolina Muchova of the Czech Republic both won their delayed first-round matches on Wednesday. Anastasia, the French Open finalist this year, defeated Ana Bogdan of Romania 6-2, 6-2, while Karolina eased past Nottingham runner-up Zhang Shuai of China 6-3, 6-3.

Both are former quarter-finalists at Wimbledon — Anastasia reached that stage in 2016, while Karolina upset compatriot Karolina Pliskova in a fourth round clash here in 2019. They remain on course to clash in the third round this year.