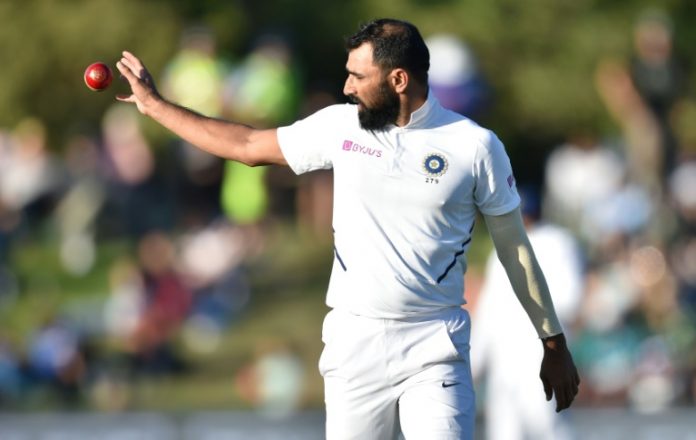 Pace bowler Mohammed Shami said that his team would need to score as many runs as possible on the reserve day and have some solid plan in place to bundle out New Zealand if India are to win the World Test Championship final at Hampshire Bowl here on Wednesday.

Persistent rain and bad light have forced the match into the reserve day with India going to stumps on Day 5 at 64/2 on Tuesday with a lead of 32 runs.

Openers Shubman Gill (8 off 33 balls) and Rohit Sharma (30 off 81 balls) were both dismissed by New Zealand pace bowler Tim Southee. Skipper Virat Kohli (8 off 12 balls) and Cheteshwar Pujara (12 off 55 balls) were unbeaten at the draw of stumps.

Shami, who took four wickets to reduce New Zealand to 249 all out in their first innings, said during a virtual press conference that, “We have to score as many as possible and then see how much time is left to put them in and decide accordingly. In conditions like England, anything can happen, but we simply can’t have a pre-plan in mind that we can get them out in this many overs. You need time to get 10 wickets and some solid plans in place. But first, we need to score enough back-up runs.”

“Obviously as you play the Test match, you can’t stick to one plan for five days. You need to be flexible and set up lines as per the track. We needed to bowl those tight lines which benefit the team in order to restrict New Zealand to as little as possible. So, the pressure created momentum and we got wickets in clutches,” he said.