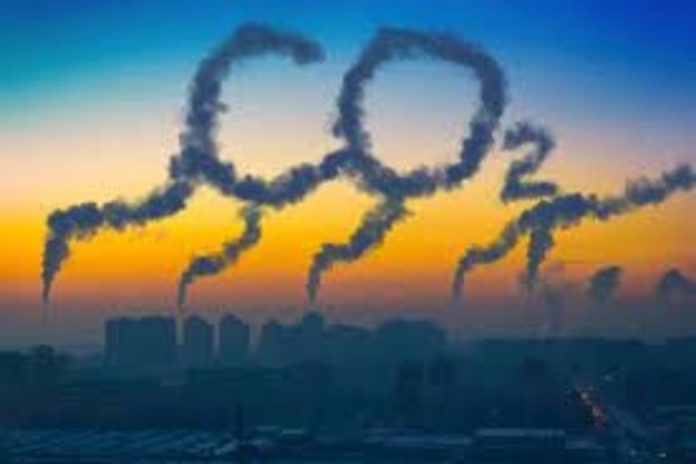 We are not new to the environmental menace caused by the emission of carbon dioxide, a UNFCC – CoP (21) report predicts that India’s greenhouse gas emission level will rise by 90% compared to current levels in the year 2030.

So if you are planning to cut down on emissions, now would be a good time!

There are 3 options to mitigate carbon dioxide.

Carbon capture and storage (CCS) seems to be a prominent method that can help reduce the concentration of carbon dioxide from the atmosphere. Every CCS technology consists of 3 stages: Separation of CO2, Transportation of CO2, and Underground storage.

In the following section, we will have an overview of the conventional CCS technologies

Coal is gasified to produce gases like carbon monoxide (CO) and hydrogen (H2), these gases undergo a water-gas shift reaction and produce a concentrated stream of CO2 and Hydrogen. The produced oxygen can be used further in the power plants.

How to separate CO2 from H2?

The separation takes place under a high pressure of 7 Mpa, ΔP, and high temperature ranging (300°C to 700°C).

But this process adds to the operational cost of the power and complicates the whole process eventually leading to lower power output.

As the name suggests this separation technology uses pure oxygen instead of air for fuel combustion. This results in the release of flue gases containing carbon dioxide and water vapor, the latter is condensed to obtain pure carbon dioxide.

A separate ASU (Air Separation Unit) has to be provided that consumes almost 15% of the electricity produced by the power plant the actual capture process is more energy-intensive.

Some of the post-combustion techniques are-

This technique depends on the intermolecular forces between absorbent and carbon dioxide, the adsorbents are set in the form of bed and then carbon dioxide is assimilated.

Major Drawback – Rigorous pre-treatment of the adsorbent is required, the recovery rate of CO2 is quite low, the desorption of carbon dioxide is an energy-intensive process that adds to the cost of the process making this process costlier than others.

To induce the phase changes of CO2 in flue gas, the gas is compressed in several stages, the concentration of the CO2 entering the cryogenic process must be greater than 50% else, liquefying it will turn into a very energy-intensive process.

Major Drawback – Flue gas entering before the distillation column must be checked for NOx and SOx impurities and removed otherwise these impurities will add to the cost and increase the energy consumption.

This technique uses physical and chemical absorbents to capture and store carbon dioxide from the flue gas stream, the law that governs the physical absorption is Henry’s law.

To best utilize the physical absorption technique CO2 concentration must be greater than 15% by volume.

Although chemical absorption is known to be more efficient in capturing and separating CO2, aqueous amines like monoethanolamine (MEA), ethylenediamine (EDA), and 2-methylamino ethanol (MAE) are some commonly used chemical absorbents.

Major Drawback – It is a very energy-intensive process as almost 60% of the total energy is consumed in strippers for the thermal regeneration of CO2-rich chemical absorbents.

All the above-mentioned drawbacks can be resolved by using a non-aqueous solvent as a medium for amine instead of aqueous mediums.

If we apply non-aqueous amines to capture CO2 it is possible to obtain some value-added products like carbonates and carbamates, the carbamates are a strategic raw material for the manufacturing of adhesives, plastics, fibers, it can also be used as an insecticide, human medicine, and as a preservative.

Producing carbamates like this can replace the current use of highly toxic material Phosgene (COCl2) to obtain carbamates.

The most popular technique with the lowest footprint and least energy requirement.

The separation in the installed membrane depends on the solubility or diffusivity of the gas molecule present in the flue gas flow.

Some of the gas separation membranes that are used are:

All these membranes have some drawbacks like high cost, modest reproducibility, brittleness, low permeability and in the case of MMMs, there are issues of polymer disassociation from the sieve surface.

FTMs are considered to the best option as it is known to selectively remove carbon dioxide from gas mixtures and some FTMs like metal carbonates are suitable to function at temperatures up to 900°C.

CCS technologies are the future, more and more inventions and discoveries in this sector will help curb down the carbon dioxide concentration in the atmosphere, it will be a game-changer you need to know that apart from carbon dioxide there are many more contributors to climate change so there is still a lot to cover.

Remember people, together we can and we will Save the Plant!
One problem at a time!!